TODAY VENEZUELA NEWS – Venezuela and delegations from several Latin American countries, some of which were headed by their president, paid tribute to late Venezuelan leader Hugo Chavez on his 60th birthday on Monday. 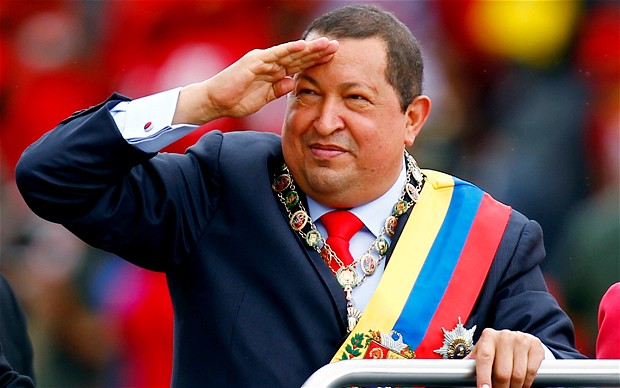 The homage coincided with the plenary sessions of the 3rd Congress of the United Socialist Party of Venezuela (PSUV), which postponed its debates on its third day to pay tribute to the main promoter of that organization.

One of the first agreements of the Congress was to declare Chavez the eternal leader and founder of the PSUV, as he was the main promoter of the organization, which has more than seven million members.

The Congress, which opened on Saturday and will close on July 31, dedicated Monday to a forum on Chavez’s legacy in contemporaneous political history, chaired by Venezuelan politician Ali Rodriguez, president of the Union of South American Nations (UNASUR), and Venezuelan intellectual Luis Britto.

The homage will also include a Latin American event at the Polyhedron of Caracas, with participation of delegates to the Congress.

The events to commemorate Chavez’s birthday began on Sunday with the Peace Culture Forum, attended by the high commissioner for Peace and Life, Isis Ochoa, and the launch of the book “Rostros y Rastros de un Líder: Hugo Chavez Memorias de un Pueblo”, by Luis Pelliceri.

The Mountain Garrison, a significant site in Chavez’s military and political life and where his remains rest, was the scenario where Venezuelan traditional music, the one that he liked most, was played since early in the morning.

Born in Sabaneta, in the western state of Barinas, in 1954, Chavez is considered one of the main leaders of Latin America’s left wing in the 20th century, due to his political history.

QCOSTARICA - Today, Monday, June 21, is the day of the year when the sun stays the longest on the horizon, therefore it is...
Front Page