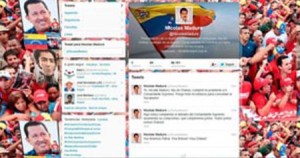 International News from QVenezuela – Venezuela ratified today its claim to the American company Twitter after thousands of accounts belonging to ministers and pro-government media and supporters were simultaneously suspended Wednesday.

The Minister of Communication and Information, Dercy Rodriguez, reported that it was a massive political attack and made a formal complaint to Twitter, still unanswered.

In addition to Venezuelan President Nicolas Maduro and Rodriguez, at least two other ministers, state media, journalists and personalities were attacked.

According to reports, the account of Venezuelan President lost 6,500 followers.

Q24N - The death toll from the coronavirus infection in the world has topped 2.93 million; over 136 million cases of the infection have...
Trends

A healthy mind resides in a healthy body, therefore we must keep our surroundings clean and positive which would keep us lively and it...
Alajuela

QCOSTARICA - A large fire in a plastics warehouse in Alajuela has firefighters working since the early hours of this Thursday, April 8. The alarm...
Nicaragua

TODAY NICARAGUA – If he wins the presidency of Nicaragua, the first international trip that presidential candidate Arturo Cruz would make would be to...
Latin America

Q REPORTS (TheGuardian) Jair Bolsonaro’s perverse and “genocidal” response to one of the world’s deadliest Covid outbreaks has left Brazil “adrift on an ocean...
Infrastructure

QCOSTARICA - At 7 am this Wednesday, the first 43,200 vaccines against covid-19, developed by AstraZeneca and the University of Oxford, arrived in Costa...
The Americas

Q REPORTS - If one thing is clear about remote work, it’s this: Many people prefer it and don’t want their bosses to take...
Front Page