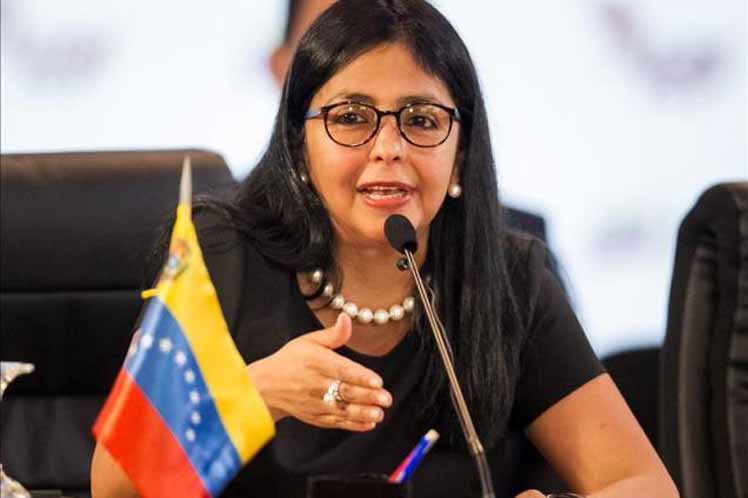 (Prensa Latina) The Minister of Foreign Affairs of Venezuela, Delcy Rodríguez, rejected here accusations by the Vice-president of the United States, Joseph Biden, on the march held on September 1st in this capital.

The head of the Venezuelan diplomacy declared that the US government offends and attacks the people and the sovereignty of the South American nation with its claims to instruct and give orders.

Rodriguez noted that the northern country encourages right-wing opponents, violent and extreme, to execute destabilization actions that disturb the peace of Venezuela.

The US Vice-president accused the Venezuelan government of violating the Inter-American Democratic Charter by ‘suppressing’ the opposition demonstrations last Thursday in favor of a recall referendum against the president Nicolas Maduro. Biden demanded the release of political prisoners and the convening of an electoral process this year.

The Vice-president was referring to the case of Leopoldo Lopez, organizer of the coup plan La Salida that violent acts that shook Caracas in 2014, left 43 people dead and over 800 wounded.

On the subject of the recall, the National Electoral Council of Venezuela explained that if the opposition had requested the process in January it could have been held this year.

The electoral power, despite all the pressures by the national and international right wing, keeps the schedule set since August, according to which the date for the second phase (collection of signatures of 20 percent of voters in favor of the process against Maduro) will take place from October 24 to the 30th.

- Advertisement -
Paying the bills
Previous articleIn Costa Rica, Many Taking To The Skies To Avoid Traffic Congestion on The Ground
Next articleSocial Unrest Reason For Argentina’s Airline Suspending Flights to Venezuela