Despite opposition protest plans, the Venezuelan people will continue to celebrate the life and legacy of their revolutionary leader.

Thousands of Venezuelans gathered at the Mountain Barracks in Caracas on Friday to celebrate the 63 anniversary of the birth of deceased former President Hugo Chavez.

Celebration events began at 9 a.m. local time in the central courtyard of the barracks, where rallies, performances and games are being held. Under the theme of “63 years of love,” organizers said the events seek to promote the values of peace, solidarity, love and cooperation.

The country’s right-wing opposition, however, has planned a nationwide protest, dubbed “The Taking of Venezuela,” against the upcoming July 30 National Constituent Assembly. Opposition protests are expected to begin at 12:30 p.m. local time on Friday.

Anti-government protesters have decided to move forward with protest plans, despite Venezuelan Interior Minister Nestor Reverol affirming on Thursday that demonstrations which “may disturb or affect the normal development of the electoral process are prohibited throughout the country.”

The security measure, standard protocol for major electoral events in Venezuela, will be in place from midnight Friday until Tuesday, August 1.

Despite opposition protest plans, the Venezuelan people will continue to celebrate the life and legacy of their revolutionary leader.

Diosdado Cabello, a leader of the United Socialist Party of Venezuela, praised the political role played by Chavez in Venezuela and the world in defending social rights for the most vulnerable people and sectors.

“Our commander lives in the hearts of all Venezuelans,” Cabello said.

“Thanks for teaching us to keep fighting and winning.”

Freddy Bernal, national coordinator of the Local Productive Supply Committees, or CLAP, said that “Chavez lives in the thoughts of the people” and that “one of his greatest legacies was to create the civic-military unity that prevails in Venezuela.”

“We are an organized people. We are only three days away from a great victory with the National Constituent Assembly and we will not kneel to our enemies,” he added. 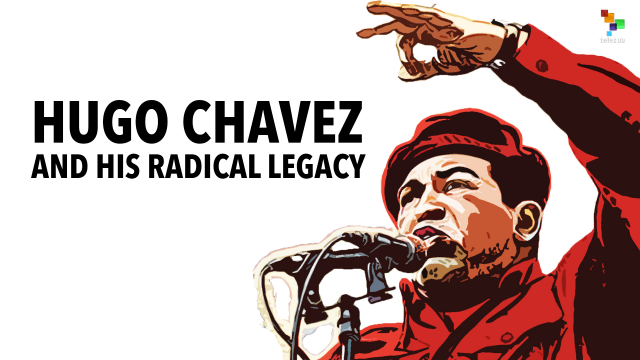 Chavez was born on July 28 in Sabaneta, Barinas state in 1954. After becoming president in 1999, he ushered in the Bolivarian Revolution, focused on uplifting Venezuela’s poor and oppressed peoples while combatting decades-long neoliberal policies.

QCOSTARICA - Emilia Navas will not be removed from her position as attorney general, after calls for her to step down due to her...
Trends