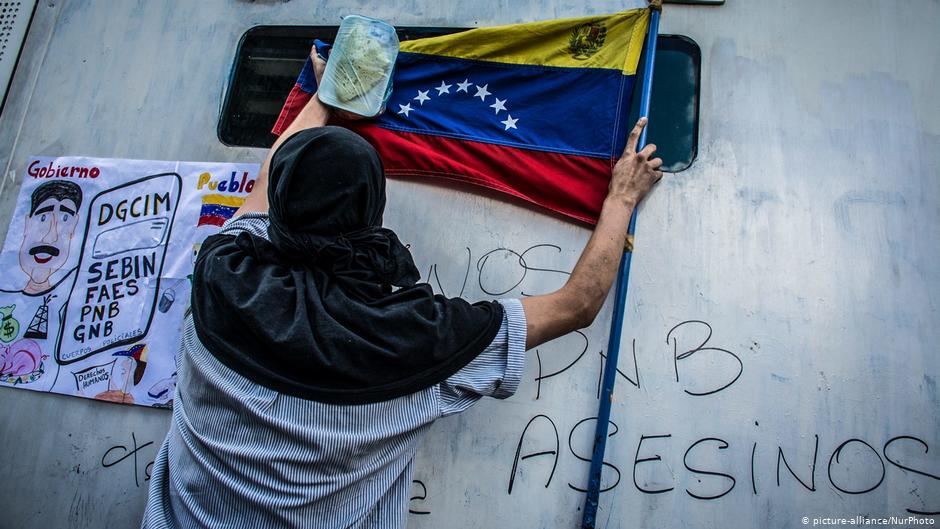 Guaido, who declared himself acting president earlier this year, said the Norway-brokered talks aim “to establish a negotiation on the end of the dictatorship,” referring to Maduro’s regime.

“The Venezuelan people, our allies and the world’s democracies recognize the need for a truly free and transparent electoral process that will allow us to surpass the crisis and build a productive future,” he said.

Since January, Venezuela has been caught in a power struggle between Guaido and Maduro. Guaido, who is president of the opposition-held National Assembly, has received support from Germany, the US and other allies in a direct challenge to Maduro’s rule.

Guaido is hoping the negotiations eventually lead to Maduro stepping down and “free elections with international observers.”

In May, delegations representing both parties met in Oslo under Norwegian mediation. However, the talks have yet to provide a path forward for the political impasse in the oil-rich, cash-poor country.

But Venezuela’s opposition is wary of talks with Maduro’s regime.

Previous attempts to end the country’s political crisis have failed, with critics saying they have only served to further solidify his rule.

Maduro last week said he would continue to engage the opposition to ensure “peace in Venezuela.” The socialist leader, who inherited the role from the late Hugo Chavez, enjoys the support of Russia, China and Cuba.