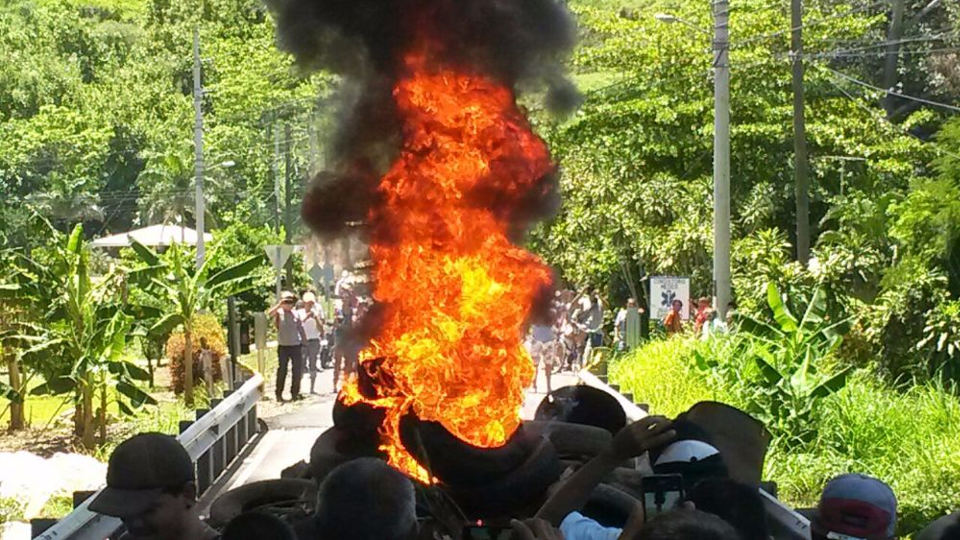 Some 300 people completely blocked passage in the area of the La Gallada bridge, impeding transit to and from tourist beach communities such as Tambor, Montezuma and Santa Teresa from the ferry port to Puntarenas.

Gustavo Mata, the ministro of Seguridad Publica, confirmed at least 10 people were detained due to the rioting.

President Luis Guillermo Solis chastized publicly the protestors, saying they are taking away needed police resources to attend the emergency situation in the Caribbean coast, where police are helping in the relief efforts for the flood victims.

The protesters are demanding the Ministry of Public Works and Transport (MOPT) pave the local road, that the MOPT has allocated the funds and all that it needs is to start the project.

Carlos Segnigni, MOPT minister, said that he will not be bullied and that the protestors are being instigated by a small group of local politicians, running in the upcoming municipal elections.

The minister called on the protestors not to be conned into doing their (politicians) dirty work.

QCOSTARICA - The party for 200 years of independent...
Nicaragua