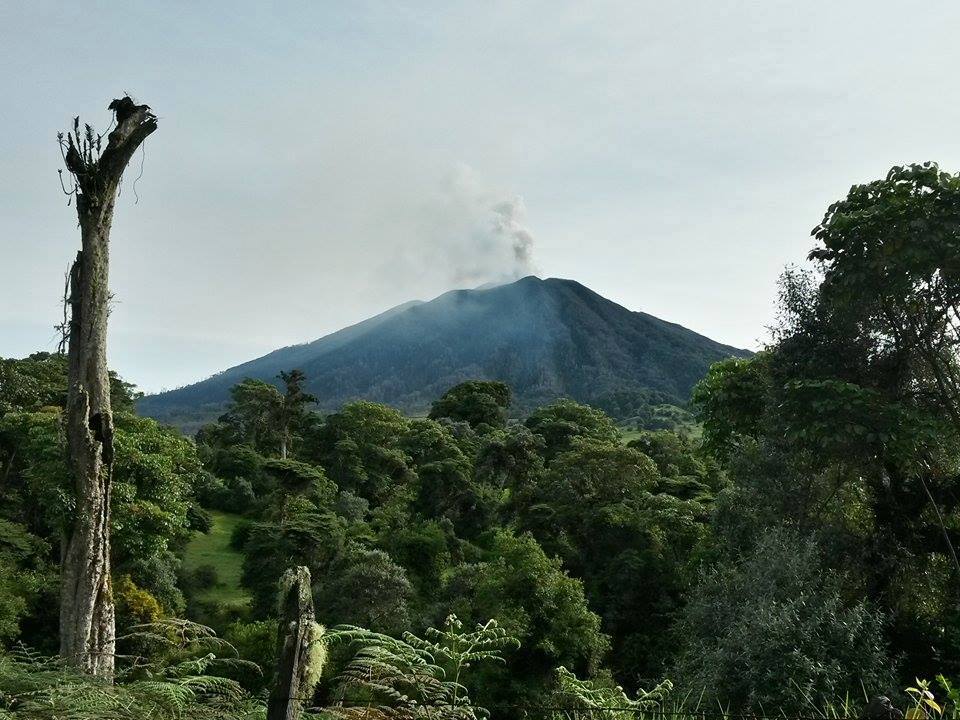 Video of the vocano acitivity today, Monday, October 26, 2015 by the OVSICORI-UNA cameras.

“The majority of the eruptions have been small, spewing out ahs and gas from crater. For this reason the Central Valley has not been affected, coupled with the face that the winds have been light,” said the CNE through a press release this afternoon.

The only areas affected by the volcano’s activity this weekend are the communities of Turrialba, Central, La Picada and La Silvia, the closest to the colossus.

The CNE is maintaining the Yellow Alert around the crater and asking the population within a 2 kilometre perimeter to respect it, since the volcano has eruptive pulses that can cause a signficant discharge of material.

The Turrialba Volcano National Park has been closed since 2009 due to the constant activity of the volcano.
Source: Comisión Nacional de Prevención de Riesgo y Atención de Emergencias (CNE)