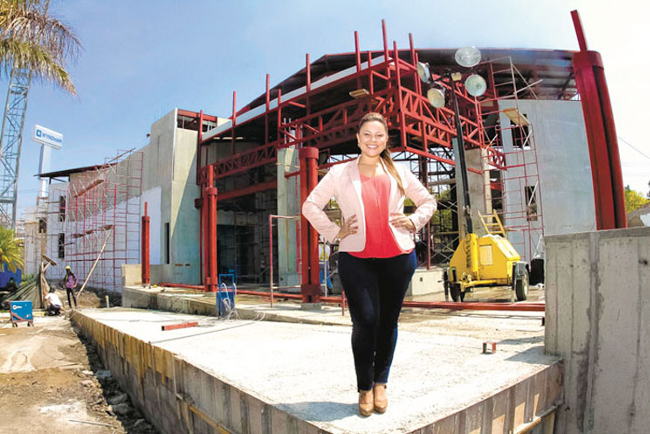 After facing building permit delays, the first Hard Rock Cafe in Costa Rica is expected to open in the coming months, after the announced January opening got pushed back to March.

In fact, there is still no certainty of the opening date, only that it will be after May. The construction work on the exterior is 90% complete according to the franchisee. The only certainty at this time is that a job fair to hire staff will be on April 14 at 9am a the Wyndham Hotel Herradura convention centre. 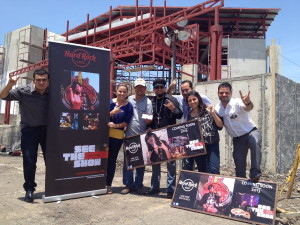 Once opened it will be largest Hard Rock Cafe in Latin America, and reflect the spirit of the brand, combined with a local identity. On the official Hard Rock Café website, the Costa Rica location is described as, the “Hard Rock Cafe San José Costa Rica will feature unique design elements, not only to comply with the standards of the company, but also to give customers a little taste of Costa Rica. A unique 360 degree stage ‘imitates’ Costa Rica’s Central Valley and will give guests a perfect view of what’s happening around the Cafe, outside. There will also be two wide-open terraces with fire pits”.

“The different materials, renovations and adaptions are what will make the Hard Rock Cafe in Costa Rica different from others in the world”, said Natalia Santamaría Benavides, marketing and sales manager at Hard Rock Cafe Costa Rica.

Benavides added that the changes has also increased the initial investment from US$2.5 million to US$3 million dollars.

The Hard Rock signature stamp is definitely music and therefore national and international artists are being evaluated, to perform in local concerts.

“These presentations are characterized by their energy and passion, both components of our brand, but there will be a variety of styles and genres, as the music evolves, so do we”, Benavides told La Republica.

“For now we are planning something very special for our grand opening party. We will provide details when they are more concrete”, said Benavides.

Hard Rock Cafe
Hard Rock Cafe is a chain of theme restaurants founded in 1971 by Americans Isaac Tigrett and Peter Morton in London. In 1979, the cafe began covering its walls with rock and roll memorabilia, a tradition which expanded to others in the chain. In 2007, Hard Rock was sold to the Seminole Tribe of Florida, and is headquartered in Orlando, Florida. Currently, there are 175 Hard Rock locations in 53 countries with the largest in Orlando.