Warehouse Fire Cause By Welder’s Spark 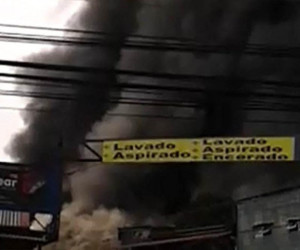 A plume of smoke rose out of a warehouse fire on  the south side of San José Friday, caused by a welding spark.

Firefighters took more than an hour to bring the flames under control, this due the large amount flammable material in the auto parts warehouse.

No one was injured in the fire, a total of 15 homes adjacent to the warehouse were affected has been threatened by the fire.

QCOSTARICA - Vaccination centers against covid-19 were transformed this Saturday to be able to vaccinate more people. Universities, civic centers, parking lots and even...
Politics