Was Ray Kroc the Founder of McDonald’s or Not? 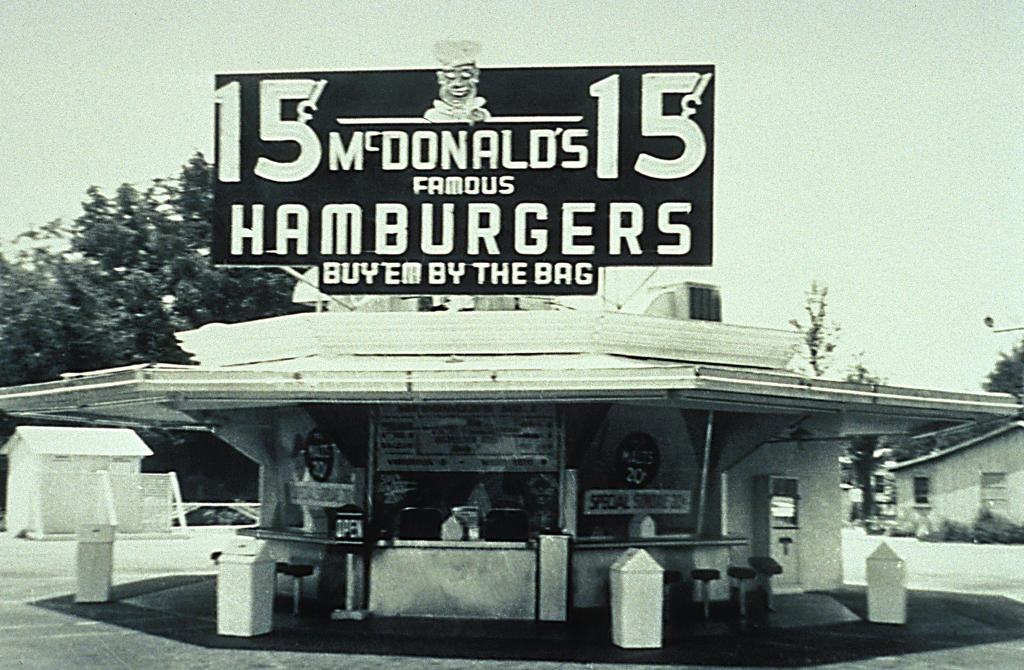 (Rico’s Journal) Persistence. Being a great entrepreneur is not always the same thing as being the inventor of a new product or service, or even about being a great “manager” who gets a business off the ground. Often the greatest entrepreneurs are the ones who are able to see the opportunity and possibility in what’s already around them when everyone else can’t.

That is the premise of the film “The Founder,” the story of how an innovative little hamburger stand in San Bernardino, California, turned into the international corporate franchising giant we now know as McDonald’s.

Was Ray Kroc the Founder of McDonald’s or Not?

By Sam Malone. Films that celebrate entrepreneurship, and reveal that great drama of business success, are rather rare. We have a new one in “The Founder.” It is the story of how an innovative little hamburger stand in San Bernardino, California, turned into the international corporate franchising giant we now know as McDonald’s.

Kroc becomes obsessed with the idea that this model should be franchised all over the country.

After a string of middling business ventures in food industry sales, Ray was shocked to receive an order for 6 of the machines for a single restaurant and immediately drove from St. Louis to San Bernardino to see what kind of restaurant could possibly need to make 30 milkshakes simultaneously.

As the story goes, the McDonald brothers proudly give Ray Kroc a tour of their unique “Speedee Service System” and Ray becomes obsessed with the opportunity to take their model and franchise it all over the country.

At first, the brothers are skeptical, having previously failed in an attempt to franchise their business due to quality control concerns, but a persistent (that word is very important to this film) Ray Kroc eventually convinces them to allow him to become their new head of franchising operations. They draw up a contract which the wary McDonald brothers believe gives them tight control over the whole business, and Ray gets to work.

MORE: Ray Kroc Cooked Up An Empire With McDonald’s

He aggressively pushes the expansion of new locations, starting first in his home of Illinois, quickly adding McDonald’s restaurants throughout the Midwest. 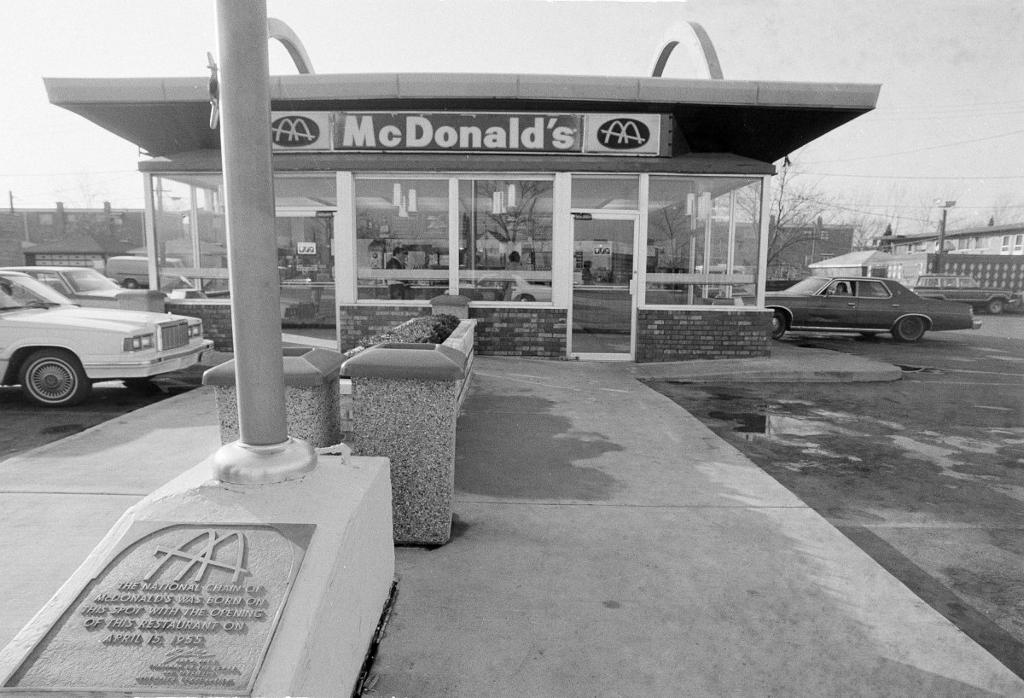 Ray Kroc’s original McDonald’s in Des Plaines, Ill., is seen, Nov. 18, 1982. The restaurant’s sales on its first day totaled $366, according to the company. Business Insider.

Unfortunately, not all is well under the Golden Arches.

Even as Kroc’s hard work is generating new business and building the McDonald’s brand, his own finances are faltering on just a 1.5% commission, and his own ambition begins to create conflict with the much more cautious and quality-minded Dick and Maurice.

Kroc is a man of almost unlimited ambition who in the end works to strong-arm and even cheat the McDonald brothers out of their own business.

As their disagreements build, their relationship breaks down and Kroc, who is the first to pitch McDonald’s as the “new American Church” and a place that should be synonymous with family, begins to look and act more like Gordon Gekko than a middle-American minister.

Keaton’s performance is fabulous, if often a little off-putting through a harsh nasally accent, and the character writing throughout is excellent. Kroc is a man of almost unlimited ambition who in the end works to strong-arm and even cheat the McDonald brothers out of their own business. And while it’s very hard to define Ray Kroc as an evil person, he does increasingly unethical or shady things in the pursuit of his own interests throughout the film both in business and in his personal life, including leaving his first wife (Laura Dern) in order to pursue the wife of one of his franchise owners, Joan (Linda Cardellini).

The title of the film itself is a reference to Ray’s low character, as he begins to refer to himself as the “Founder” of McDonald’s when meeting new people, even claiming the first restaurant was located in Illinois, leaving Maurice and Dick out of the story entirely.

Given that its central protagonist is a Walter White-like figure, descending into a pit of greed and disreputable behavior, it would be understandable for many to then perceive the film as a whole as “anti-business,” but I think that this would be a mistake.

There are many aspects of the film that show the beauty of innovation and entrepreneurship in ways you don’t often get to see on screen. For example, director John Lee Hancock depicts the McDonald brothers developing their system and the work they put into their business. This is filled with adoration and love, and even Ray Kroc is presented as extremely hard working, smart, and in many ways, a true visionary in spite of everything else. 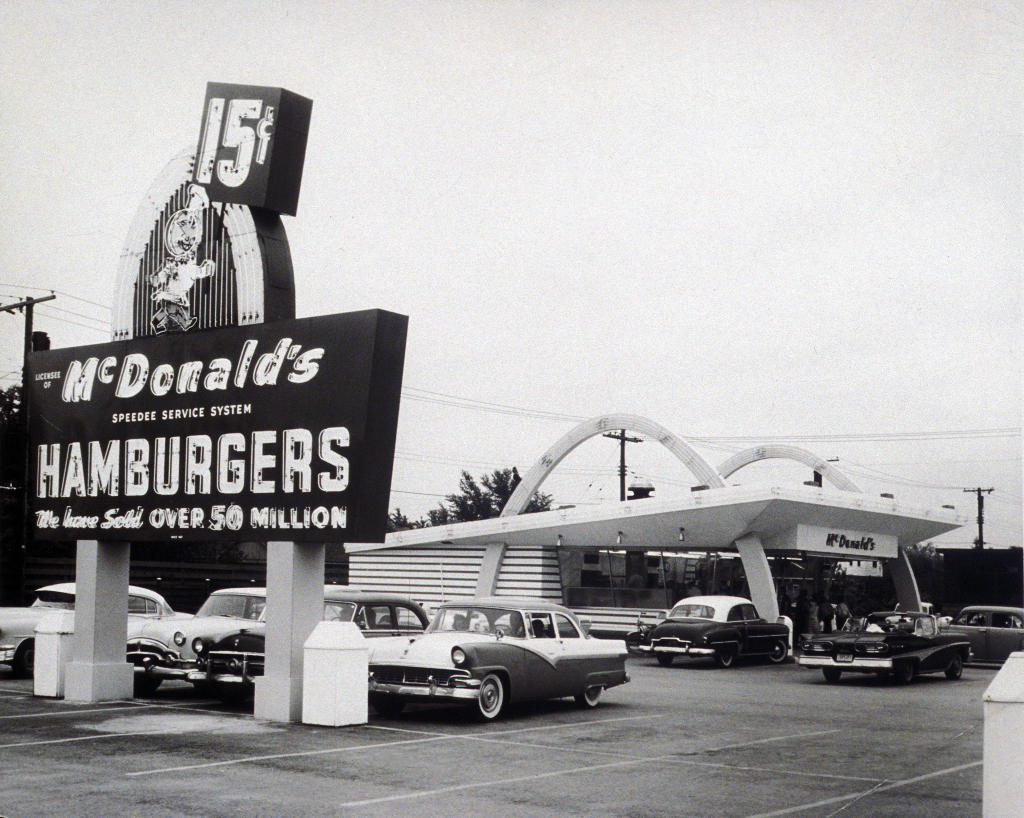 The film raises many important questions about what makes a business successful.

For all their innovations in efficiency, Dick & Maurice McDonald didn’t see what Ray Kroc saw. And although Maurice berates Kroc over the phone in one climactic scene, asking him what he’d ever invented or done, the truth is that Ray actually did invent quite a bit and added a great deal of value to their partnership.

There are many lessons to be drawn from this film for entrepeneurs of any age.

In fact, Kroc fundamentally solved the McDonald brothers’ core problem, quality control, by building effective systems and eventually even a new business structure that allowed him to more effectively train, and then maintain control over, franchise owners. The film doesn’t cover this, but those systems eventually turned into what is now called “Hamburger University”, a 130,000 square foot training facility in Oak Brook, IL (set up by fry cook-turned-Chairman, Fred Turner) where franchise-owners go to learn the essence of what it means to run a McDonald’s. 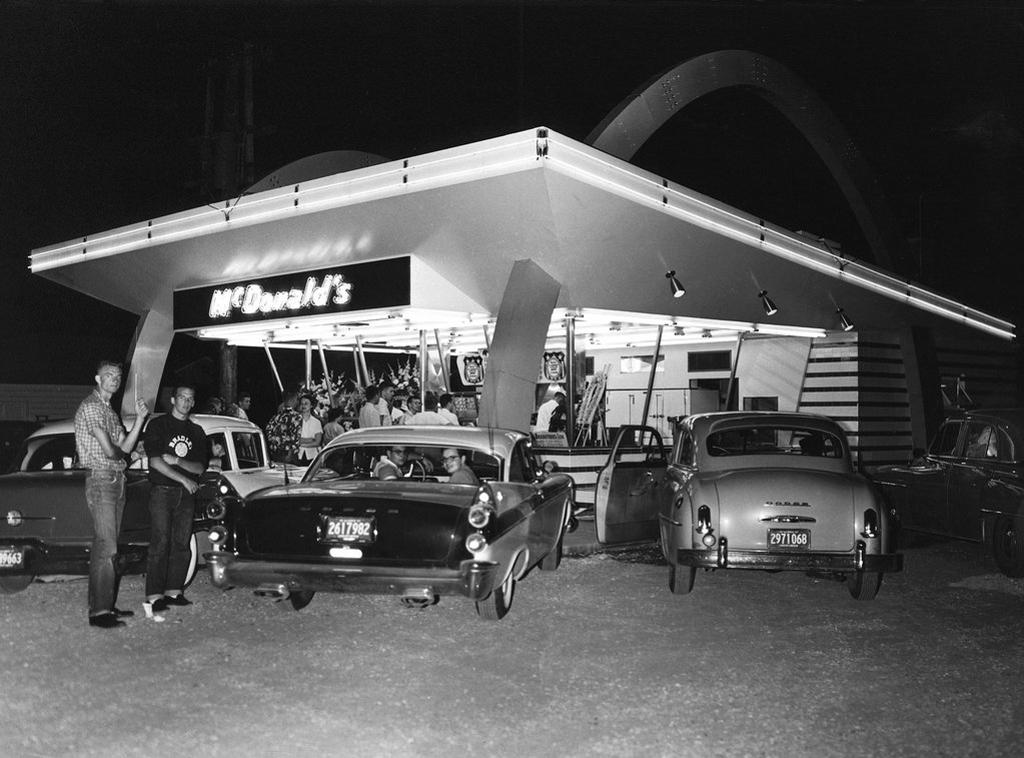 There are many lessons to be drawn from “The Founder” for aspiring entrepreneurs.

The first is that while ambition is a key component to success, it should always be subordinate to strong ethics and personal character. Another lesson is that being a great entrepreneur is not always the same thing as being the inventor of a new product or service, or even about being a great “manager” who gets a business off the ground. Often the greatest entrepreneurs are the ones who are able to see the opportunity and possibility in what’s already around them when everyone else can’t.

Certainly the way the film tells this story, Dick and Maurice McDonald got the short end of the stick once Ray figured out how to get around their original contract, and they were downright screwed in many ways once their partnership dissolved. But they didn’t build what Ray built. The McDonald brothers created one good hamburger stand. Ray Kroc created an empire.

So perhaps he really is the “founder” after all.

QCOSTARICA - With a series of promotions and activities to share...
Read more