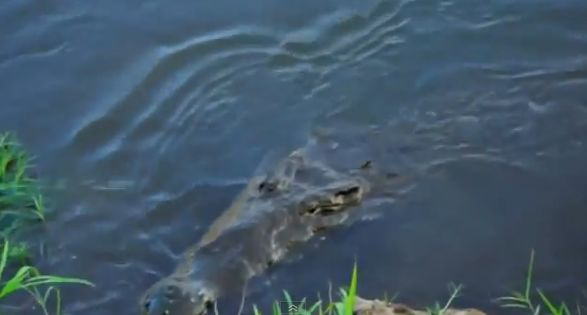 There’s survival of the fittest and then there’s this guy, who’s somehow plugging along despite the Darwinian odds.

While photographing crocodiles in a river in Costa Rica (the Tarcoles river on March 18, 2013 the caption tells us), the ballsy dude (who we’re actually going to refer to as “giant idiot” from here on out), apparently thought he was too much of a tough guy to be scared off by a couple of lizards.

As frightened onlookers pleaded with him to move, the oblivious giant idiot just kept clicking away, seemingly unaware that either of the beasts could slice him in half at any moment.

Fortunately for our viewing pleasure, one of the crocs reminded the giant idiot of this fact moments later and the scared dude darted up the bank for his life.

- Advertisement -
Paying the bills
Previous articleArtists At Your Feet, An Almost Extinct Species in San José
Next articleCatholic Church Calls on Ticos For Obedience and Humility