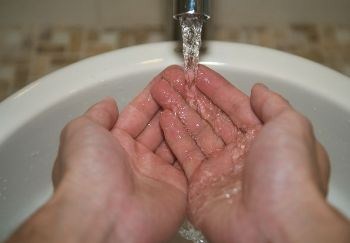 The Acueductos y Alcantarillados (AyA) is concerned about the low levels in the rivers, which would result in a water shortage this summer in both San José (capital) and coastal areas.

The first alert was this weekend when residents of Montes de Oca (San Pedro), Curridabat and Zapote, were affected by an unexpected cut to water for several hours.

Eduardo Lezama, assistant manager at the AyA, said the situation could become critical this year.

Since last year the IMN – national weather service – has been forecasting a dry spell between September and April. However, according to Lezama, the measurements taken show the problem to be even more serious than expected.

One example given by Lezama is the water levels in the Tiribí river that runs on the south and west side of San José, where water levels are 50% lower than normal.

The problem extends to the water tanks, like the tank at Tibás which has only about 90 centimetres (less than three feet) of water, which is worrisome for the water utility, explains Lezama.