The water treatment plant for the Greater Metropolitan Area (GAM) of San José will not solve the problem entirely related to the pollution of rivers and streams in the Central Valley. This according to experts in the field.

The plant project, currently under construction and to be operational by next year, was put in place by the former administrations of the Ministerio de Ambiente y Energía (Minae) and the Acueductos y Alcantarillados (AyA), emerging as an option to clean up the heavy pollution of major rivers from effluent from the most populous area in the country.

The rivers of the GAM most contaminated are the Virilla, Tiribí and María Aguilar. 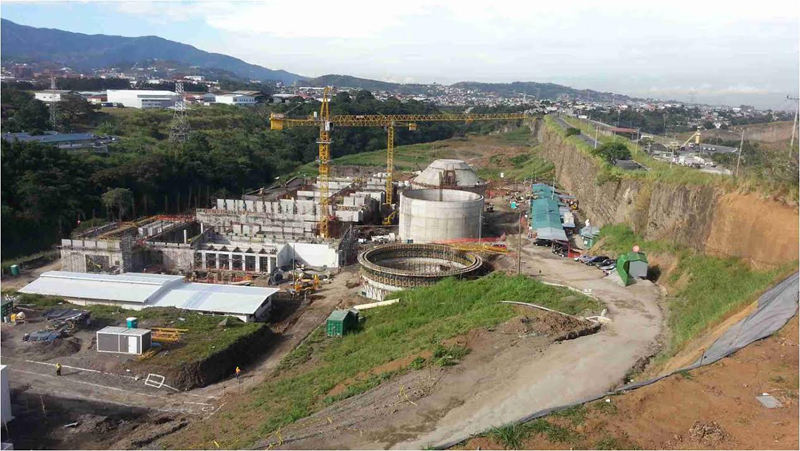 Clemens Rupert, investigator at the Instituto Regional de Estudios en Sustancias Tóxicas (IRET) de la Universidad Nacional (UNA), explained that the country opted for a system of wastewater management to replace septic tanks, which are starting to be obsolete.

The project, named Proyecto Mejoramiento Ambiental del Área Metropolitana, is expected to receive wastewater from the areas of Tibás, Moravia, Goicoechea, Desamparados, Curridabat, Alajuelita and some parts of Escazú.

The plant is located in La Carpio.

According Pablo Contreras, an official with the country’s water and sewer utility – AyA, the treatment plant that will grow gradually until 2019, is not yet known when it might be extended to other sectors outside the GAM, such as Perez Zeledon or Guanacaste.

The objective of the project is to consolidate three treatment plants in the centre of the country. The first is expected to benefit more than 1 million people.

Until the project of the three plants is complete, the country’s “sewer”, the Tarcoles river, the most contaminated river in Costa Rica, will continue to operate.

Maritza Marín, of the Central American Association for Health, Economics and the Environment, noted that there is no similar water treatment project for rural areas of the country and is working with communities applying conventional systems, including bio-gardens, artificial wetlands to help clean the water. 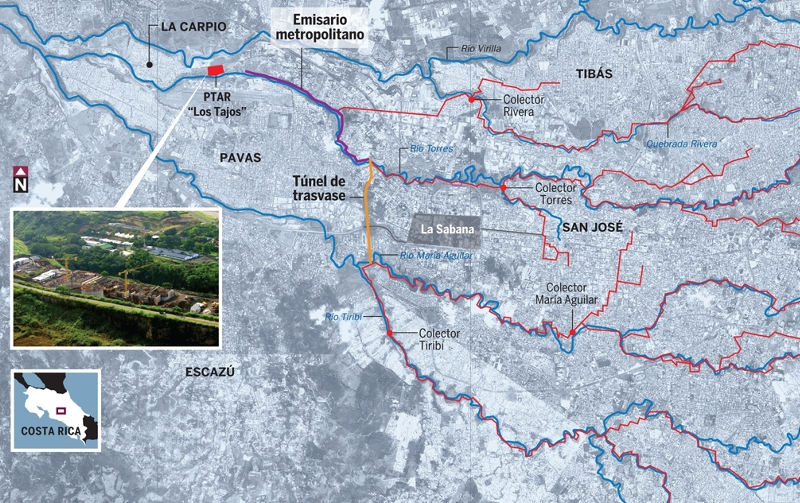 - Advertisement -
Paying the bills
Previous articleWhat are those big ants with wings?
Next article[BLOG] A Brief History of the Banana in Costa Rica