Way Clear For Expansion of the Santamaría (San Jose) Airport 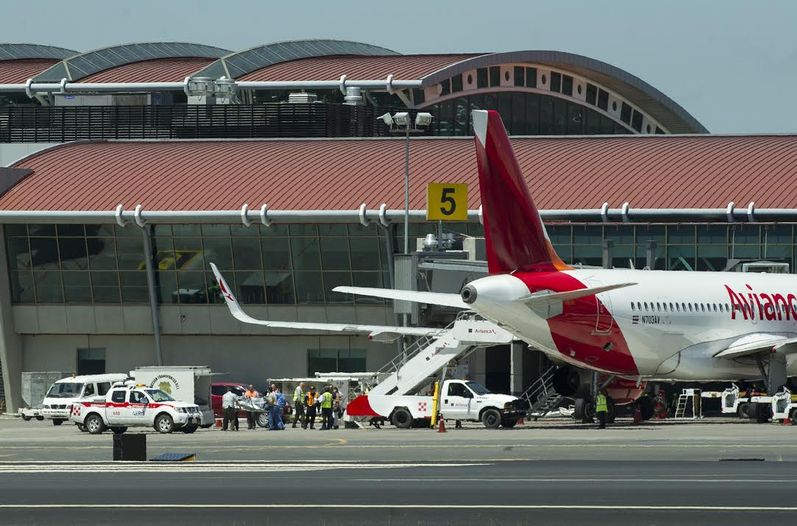 QCOSTARICA – The possibility of the Juan Santamaria (San José – SJO) airport having 18 boarding gates and able to handle more than seven million passengers a year, is close to becoming reality.

Finally, the ground moving work has begun so the airport expansion to the west can occur, that includes the relocation and demolition of the Coopesa aircraft maintenance hangar, the relocation of the fire station and domestic (Sansa) terminal and the construction of new gates.

Currently, Aeris, the airport manager, is continuing with expansion work on the east side of the terminal, work that will allow multiple large aircraft simultaneously.

Alvaro Vargas, CEO of Civil Aviation (Aviación Civil), says the official approval of Aeris’ master plan is expected next month, that will pave the way in 2017 for the first phase of the project – the demolition work of the Coopesa hangar and environmental clean up of the area, followed by the relocation the fire station and domestic terminal and new construction of same.

In 2018, work will start on the second phase, that includes the construction of 1.000 square meters (11.000 square feet) for boarding gates.

Aeris says the investment of over US$20 million dollars.

Besides the benefits to users of the expanded terminal, benefits include allowing the Coopesa, from its new worshop, to work simultaneously on up to six Boeing 757 aircraft, according to Coopesa general manager, Gabriel Gonzalez.

The plan for the domestic terminal is to relocate it totally away from the international terminal and the fire station will be relocated on the south side of the airport, across from the terminal building, south of the runway, near the La Candela restaurant.

According to Aeris and Civil Aviation:

QCOSTARICA - All viruses change over time. SARS-CoV-2 has...
Economic Recovery