“We Have Him” Tweets Mexico President

Q24N – Mexico’s President Enrique Peña Nieto, announced via Twitter, “We have him. Mission Accomplished,” with respected to the capture of drug lord Joaquin “El Chapo” Guzman in a bloody raid Friday.

Members of Mexico’s navy caught Guzman in an operation at about 4:30 a.m. (6:30 a.m. ET) in the coastal city of Los Mochis in Sinaloa state, a senior law enforcement official in Mexico told CNN.

Several people aligned with Guzman died in the raid, the official said. The Mexican navy put the number of dead at five, with six others arrested. No navy personnel were killed, and only one was injured.


The recapture Guzman, who had already twice escaped from Mexican prisons, culminates  the collaborative work among Mexican intelligence and police agencies.

Friday’s announcement marked the third time that Guzman was captured by Mexican authorities. 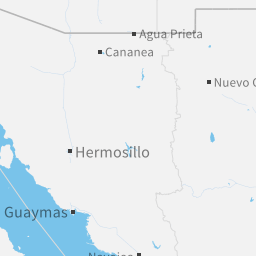 “Today our institutions have demonstrated one more time that our citizens can trust them, and our institutions are at the level needed to have the strength and determination to complete any mission that is granted to them,” the President said.

Guzman’s escapte has been an embarrassing ordeal for Mexico, for many, “El Chapo”, the leader of one the country’s most powerful and violent drug cartels, has been a symbol of the Mexican government’s ineptitude and corruption.

U.S. officials say they were aware of the operation to capture Guzman, providing assistance in the search, A U.S government official emphasized the capture was the Mexican government’s operation.

- Advertisement -
Paying the bills
Previous articleThings only someone who’s been to Costa Rica will understand!
Next articleCurious The Photo of President Solis Doing His Grocery Shopping