What comes after discovering Islamic terrorism in Colombia? 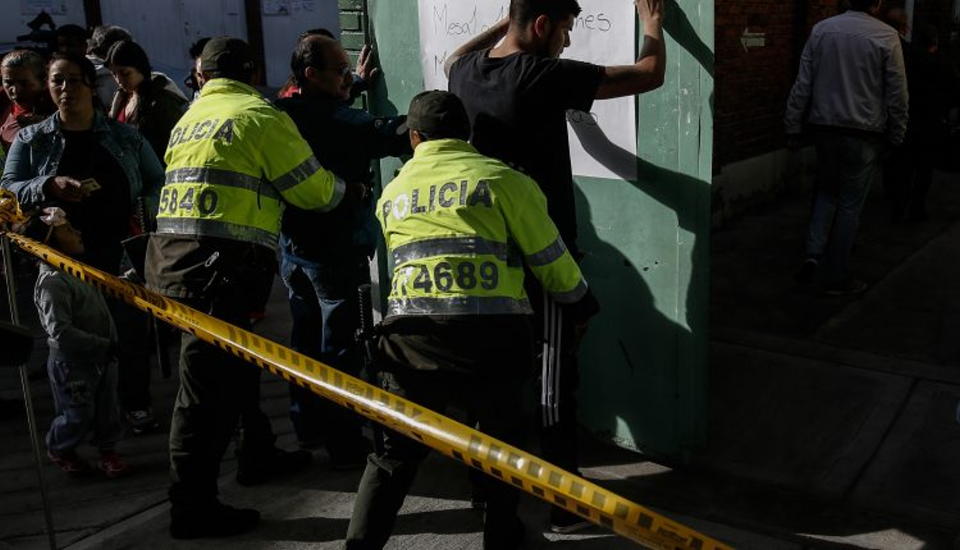 Colombian authorities captured Raúl Gutiérrez, a 43-year-old Cuban, who was plotting an Islamic terrorist-style attack against 29 diplomats at the American Embassy in Bogota.

The Colombian Attorney General’s office delivered evidence of communication between Gutierrez and several Moroccan citizens, identified as Matin Muhanad, Said Samuid, and Francisco Quintana, that showed links between the Cuban native and the Islamic State (IS). Gutierrez entered the country illegally on several occasions, and his objective was to sacrifice himself in the name of the terrorist group.

According to the Attorney General’s office, the attack was planned for March 6 in the country’s capital.

Jaime Luís Zapata, an expert in jihadist terrorism said in an interview that the interest of this radical organization in the region began after Latin American military fought in Iraq and Syria, when some men made contacts before returning home. “At the time of their return there were problems with the combat experience and terrorism of the Latin American fighters,” he said.

He explained that this type of an illegal entry of individuals and/or organizations was possible due to Colombia’s lackluster border security. “The country shares a wide border with Venezuela and this can be used by this type of group, a weak migratory control also reinforces the ease of entry.”

Zapata said that the captured Cuban traveled from Ecuador. It was the third time he managed to enter the country.

Why Islamic terrorism is in Bogota and not in other cities

Bogota is the third most populated city in Latin America and its cosmopolitan residents live alongside many citizens of other countries.

Colombia is not prepared for this type of threats. “It’s an easy target,” said Zapata, adding that “Bogota has weak relationships between police patrols and the population.”

Facing the presence of this type of terrorist organizations coming from the Middle East, Zapata dismissed that they could have deep roots in Latin America. However, he assured that there have already been some extremist attacks, like the one at the Israeli embassy in Argentina which was supported by Iran and perpetrated by Hezbollah.

“Terrorism by IS members is different from Hezbollah’s. The latter is Shiite and has a more local and nationalist jihadism. The goal is to expel the settler. On the other hand, the nature of the IS, in general, is not only to expel the invader and reconquer the califate, it involves the south of Europe and North of Africa, it is an imperial expansionist project,” he said.

He also noted that the planned attack against American diplomats is not characteristic of a hierarchical and centralized structure like Al-Qaeda’s, but instead, these actions operated at a minimal level, without leaders.

“They look like decentralized cells or solitary attacks, without support or funding, they are individuals inspired by the jihadist ideology, who wish to do this kind of attacks by their own means.”

He concluded that the security situation in the country shows a fragility that serves as an incentive to establish networks with guerillas or organized crime regarding funding, support and route controls to carry out terrorist acts.

For Eduardo Mackenzie, Colombo-French journalist and expert in armed conflict, this event is a step toward the escalation of terrorism in Colombia.

Mackenzie wonders if authorities were able to establish where the Cuban citizen came from, “I can only speculate. For instance, did he come from Venezuela?  Did he cross Colombia’s border among the influx of Venezuela’s refugees? I would not be surprised if that is the case. That was the way several Islamic terrorists entered France before massacres there.”

The fact that Raul Gutierrez is Cuban deserves consideration, he said. “This individual was part of the Cuban refugees entering Colombia two or three years ago, saying they were trying to go to Central America in order to cross the American borders. Facts are needed to make a complete diagnostic,” he noted.

“As of 20 years ago, thanks to the opening that Chavez government gave to Iran’s government headed by president Ahmadinejad” he explained.

Marulanda added that “this opening included trade agreements, a blooming of Iranian cultural centers and of diplomats with members of Hezbollah, a terrorist group created and supported by Iran.”

Marulanda pointed out that since then, Hezbollah has progressed in intelligence and economic activities related to drug trafficking: “Colombia is the favorite place for them regarding location and connection with the different drug cartels to obtain resources that amount to US$ 200 million monthly.”

He noted that outside the Middle East, South America is now their main center of activities. He also said that different North American agencies have identified the presence of extreme cells operating in Latin America.

“In 2008, Condoleezza Rice denounced that there was evidence of a relationship between the FARC and Hezbollah. Last year the U.S. Treasury showed that a FARC advisor, together with Venezuela’s vice president, Tareck El Aissami, were laundering a huge amount of money from the organization in Panama through a company, with the consultancy of lawyers from the Panama Papers.”