What Ever Happened to Roger Rabbit? 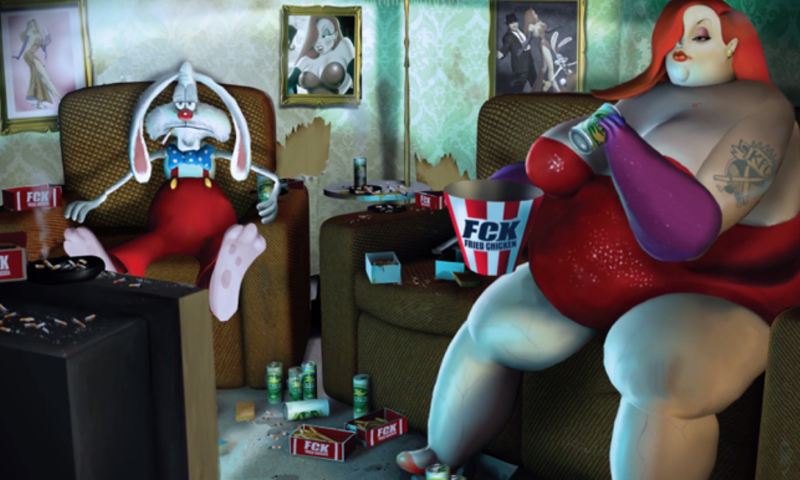 COSTA RICA EXTRA  — Have you ever stopped to wonder what might have become of Roger and Jessica Rabbit, 25 years after their moment in the spotlight?

Well, according to this video from artist Steve Cutts, the pair have fallen on hard times – and it seems they’re not the only animated favourites facing a grim future.

The documentary-style short sees an obese, tattooed Jessica surviving on takeaways alongside Roger – now a chain-smoking couch potato – while she threatens to ‘take him back to the pet shop’ and drones on about her hormone replacement therapy.

Meanwhile the likes of Donald Duck, Inspector Gadget, Beavis and Butthead and Top Cat also show up in menial roles – alongside Garfield, whose fondness for lasagne has really taken its toll over the years.

The end result is – as you might imagine – oddly poignant, but also very funny in a weird way.

Even if it has just shattered our childhood memories permanently.

QCOSTARICA - This Sunday, the Guanacaste Airport - a member of the VINCI Airports network - received the first of the daily flights from...