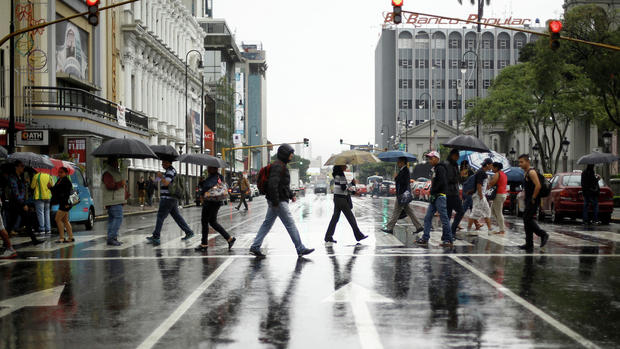 I am a great fan (reader) of Quora. Sometimes I spend way too much time there, but a heck of a lot better than the time I spend (waste) on Facebook.

Many of the questions are silly, but it is fun to read some of the answers that be just as silly or off the wall as the original question. Earlier this year Trump was a big subject, and I am glad the questions and the extreme points of views in the answers have waned, much like the Presidency itself. Hope I didn’t piss off too many people with that.

Back to the original reason I am writing this.

Just this morning, in the aftermath of Hurricane Irma, posted is the question:

“Looking at these large hurricanes I have always wondered, what impact would a category 5 have in a city like San Jose, Costa Rica, which is protected by mountains but is only about 100 km from the coast“.

And the two answers, the first by Hachi Ko, who lives in San Jose and the other by Wayne Harrison, Retired US. journalist, now an expat in Costa Rica.

Interesting that just yesterday (Tuesday) the city of San Jose underwent a ‘simulacro’ (simulation) in response to a major earthquake.

It is extremely unlikely that San José would ever be struck by a hurricane of any kind, much less a category 5. However, if such a hurricane ever struck San José, it would most likely be a catastrophic event…

Despite the heavy rains normally experienced in the city, drainage is still quite poor in some areas and significant flooding occurs a couple of times every year during the rainy season. I am fortunate to live in an area that recently underwent some major highway construction and our drainage is very good now. A real “soaker” of a hurricane would cause major damage.

But the winds would be the real kicker. Most construction is just not built to take it. Costa Rica has only ever had one hurricane in recorded history… a minor hurricane just last year in fact (2016). It barely affected the city as it ran along the northern border with Nicaragua, where it did do quite a bit of damage. Tornadoes are extremely rare… we get a small, weak, short-lived tornado once every 3 – 5 years. Our proximity to the equator makes cyclonic development very difficult, and we don’t get those powerful frontal squall lines like the midwestern USA.

I say all of that about our weather/winds to make this point… construction here would be devastated by hurricane-force winds. Single-pane glass and thin walls are common. Roofs often consist of tiles held in place by gravity… they are not secured in any fashion. Some homes are “missing” a wall… a common architectural style which uses natural breeze to ventilate and cool the home…

Look, Ma! No Walls! One of my favorite villas… The kitchen and dining areas are “protected” only by bamboo shades which can be lowered… 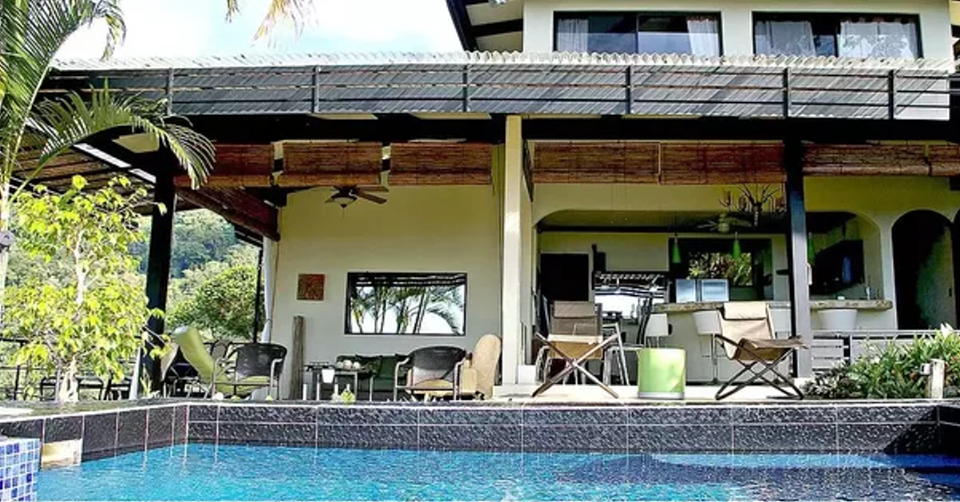 This is just common in a country where high winds simply don’t exist. We get a “breezy” season in March every year, and when the winds top 30 mph it creates havoc. Everything is built to protect against straight-down downpours, and that’s about it. Some taller, modern buildings look like they could take a little bit of a beating, but a category 5 hurricane? I wouldn’t want to be in San José when that happened.

But, if a Cat 5 hurricane could strike Costa Rica, it would decimate the country with Cat 5 winds, major flooding and innumerable mudslides. Costa Rica is only about the size of West Virginia (19,700 square miles (51,100 sq. km)). At Costa Rica’s narrowest point just 75 miles separate the Caribbean Sea from the Pacific Ocean.

Up to last year, never had a hurricane landed in Costa Rica. But last November that all changed, as Otto was the first Atlantic hurricane on record to have its eye cross over Costa Rica, and the first hurricane-force system to traverse the nation.

Hurricane Otto made land in Costa Rica as category 2. Despite moving over land, the hurricane’s eye remained well-defined and intact as it traversed Nicaragua and Costa Rica, the system rapidly weakened to a tropical storm before emerging over the eastern Pacific Ocean.

Costa Rica’s northern town of Upala, a community of some 45,000, was ill prepared for Otto. Today, almost a year later, that community has not yet fully recovered.

Authorities calculated at least ₡106 billion colónes (US$190 million) in damages across the country, including US$68 million in Upala canton, and another US$34 million in Bagaces.  See Costa Rica has Hurricane Otto reconstruction price tag.

Due to Otto’s significant impacts in Central America, especially in Costa Rica and Panama, the name Otto was retired at the WMO’s Hurricane Committee on March 26, 2017, and replaced with Owen for the 2022 season. The name Otto will never again be used for another Atlantic hurricane.

What is your opinion, how would you answer the question? Post your answer in the comments section below, to Q’s official Facebook page or on Quora.

If you are not familiar with Quora, it is a question-and-answer site where questions are asked, answered, edited and organized by its community of users. Check it out today.

- Advertisement -
Paying the bills
Previous articleJournalists Once Again Arrested in Cuba, Now for Reporting on Hurricane Irma Preparations
Next articleShooting On The 27 In La Sabana Leaves Three Injured

Two tremors in 34 minutes shake cantons in the southern zone

4.9 quake off Liberia, Guanacaste on Sunday