What Is Waze and How Does It Work?

It was developed by the Israeli start-up Waze Mobile, which was acquired by Google in 2013.

Waze differs from traditional GPS navigation software as it is a community-driven application which gathers some complementary map data and other traffic information from users.  Like other GPS software it learns from users’ driving times to provide routing and real-time traffic updates. It is free to download and use. People can report accidents, traffic jams, speed and police traps, and from the online map editor, can update roads, landmarks, house numbers, etc.

Related: Tránsito To Use Data From Waze To Alleviate Traffic Congestion, Prompt Responce to Accidents

Waze can be used anywhere in the world but it requires a critical mass of users to have real utility; currently only 13 countries have a full base map, the others are incompletely mapped, requiring users to record roads and edit maps. As of 2013 Waze has a complete base map for the United States, Canada, United Kingdom, France, Germany, Italy, Netherlands, Belgium, Israel (claimed to be the best map for that country), South Africa, Colombia, Ecuador, Chile and Panama, but the company has plans to complete maps for other countries in Europe and elsewhere. 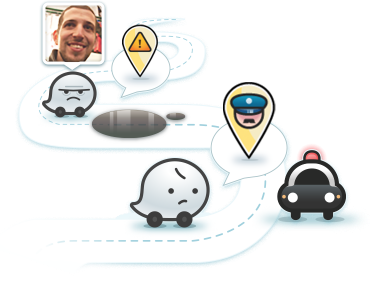 So, how does it work?

After typing in their destination address, users just drive with the app open on their phone to passively contribute traffic and other road data, but they can also take a more active role by sharing road reports on accidents, police traps, or any other hazards along the way, helping to give other users in the area a ‘heads-up’ about what’s to come.

In addition to the local communities of drivers using the app, Waze is also home to an active community of online map editors who ensure that the data in their areas is as up-to-date as possible.

Some road-safety advocates have voiced concern over the prospect of more drivers using Waze, which they say has the potential to distract them with a flurry of icons and notifications and put them at greater risk of an accident.

A hacking attempt was successfully made by Israeli students from Technion-Israel Institute of Technology to fake a traffic jam.

QCOSTARICA - Southwest airlines will add a new route to the Daniel Oduber International Airport, in Liberia, this time connecting with the city of...
Infrastructure