What The Reasoning Behind The Wealthy Choosing To Live In A Hotel? 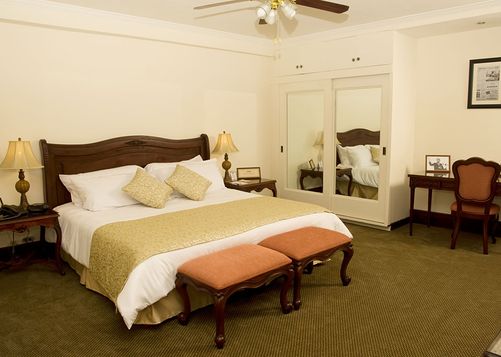 TICO BULL by Rico – Being an avid reader of Quora, there are always interesting questions and sometimes even more interesting answers. This one caught my attention, “What is the financial reasoning behind wealthy folks choosing to live in a hotel?”

I personally know one person who chooses to live in a hotel in San Jose, a preference over an apartment in La Sabana, Rohrmoser or Escazu.

He, a single man in his early 60s and once a frequent visitor to Costa Rica before making his move permanent, is not a “wealthy” person, but is well off financially, the sum of his savings.

Among the Quora answers to the question include, “removing availability of money from the equation, it turns out that living in the middle of hot and cold running personal service and luxury is actually pretty cool.”

In this case, living in a hotel is about the same, or maybe less, as at a good retirement home. Some may believe it to be extravagant, but consider that a hotel can offer you ‘an address’ instead of some random number on a random street, proximity to everything, security, maid and food service and so on. Luxury hotels add pools, spas, gyms and much more.”

Which bring me back to my friend, a native New Yorker.

His reason for choosing to live in downtown San Jose hotel is basically for all the reasons above, including income, though not to the level of the example, does well from his investment portfolio, with the added bonus of doing no chores, he can come and go when and for how long he pleases, including travel out of Costa Rica without the usual concern for security, and knowing he will find on his return, everything as he left it.

To his reasoning he adds he had to never deal with the local utilities contracting of people to do things for him and (unwelcomed) people just dropping by at his front door.

In New York, as he tells me, his living accommodations was not more than a hotel room and as a frequent traveler (mostly to Costa Rica), is used to the confines of a hotel room. So, no real change as it would be for someone coming from a big home or living in a multi-room environment.

From a financial point of view, his monthly cost for his (fixed) room in a hotel is not much more than he would spend monthly in renting an apartment and having to contract and pay for individual services. If we factor in the losses through theft and breakage (from people you let into your home), his costs of living in a hotel may actually be less than in an apartment.

Is living in a hotel for me? Not.

For my friend? Definitely.

If lifestyle of living in a hotel room is appealing, all around the country you can find the right hotel, in the right location (for you) and make your deal. In downtown San Jose, for example, there are hotels in the heart of the city, in barrios (neighbourhoods) like Amon, Otoya and California with their history and living trends. Hotels in La Sabana, Rohrmoser and Escazu take you away noise and pollution.

On the last point of living in a hotel, as my friend puts it, there is no long term obligation of a lease or rental agreement. He pays for his month and if he so chooses, he can pack his suitcase and move. To another hotel, down the street, across town, another city, even another country.