What’s In A Letter? MINAET Changes Back To MINAE That Will Soon Be The MINAEM 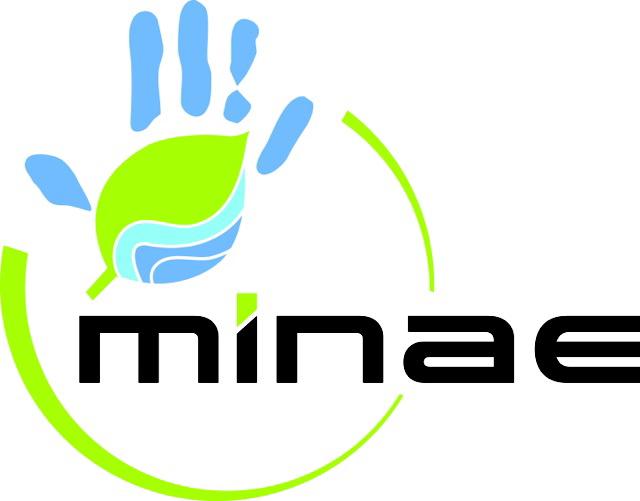 The Environment ministry has dropped the “telecommunications” from its portfolio and goes back simple to Environment & Energy, the Ministerio de Ambiente y Energía (MINAE).

Several years back with the coming changes in telecommunications, mainly the opening of the cellular telephone market and entering of competing operators in addition to the state, ICE, telecom became part of the MINAE.

With the change, the telecommunications portfolio is no longer and folder is part of the Ministerio de Ciencia y Tecnología (Ministry of Science and Technology).

With the change, the MINAE released a new logo.

“The little hand is a symbol MINAE very representative and beloved by both ministry officials and the population, and symbolizes the union of man with nature, of which we are a small part and to which we must respect and care”said Environment Minister Rene Castro.

However, the MINAE monicker may soon be changed again, as the ministry takes on the portfolio of Aguas y Mares (waters and seas). Once the bill presently in the Legislature is passed, the MINAE becomes the MINAEM – the Ministerio de Ambiente, Energía y Mares.

QCOSTARICA - This year Costa Rica celebrates 200 years of independent life. And the road to commemorate the 200th has begun with the launch...
Political Economy

QCOSTARICA - Borrowing its way out of the current financial crisis seems to be objective for the Carlos Alvarado government. Obtaining about US$2.5 billion this...
Trends

The blackjack game is associated with excitement and joy. The players experience great enthusiasm while playing the game because of its great rewards for...
National

QCOSTARICA - Costa Rica will extend the restrictions of its land borders until April 1, confirmed Casa Presidencial (Government House) on Thursday. As in the...
Entertainment

The filming of the second season of the reality show “ReverseD” on the Discovery Channel officially began last Sunday, February 21, in Atenas, in...
Politics

QCOSTARICA - Legislator Ricardo Benavides lashed out on Tuesday that in the midst of the efforts to advance with the covid-19 vaccines the Government...
Infrastructure