Vaccines may not protect forever. There’s a high probability a new variant will arise one day that can significantly escape the protection offered by our vaccines 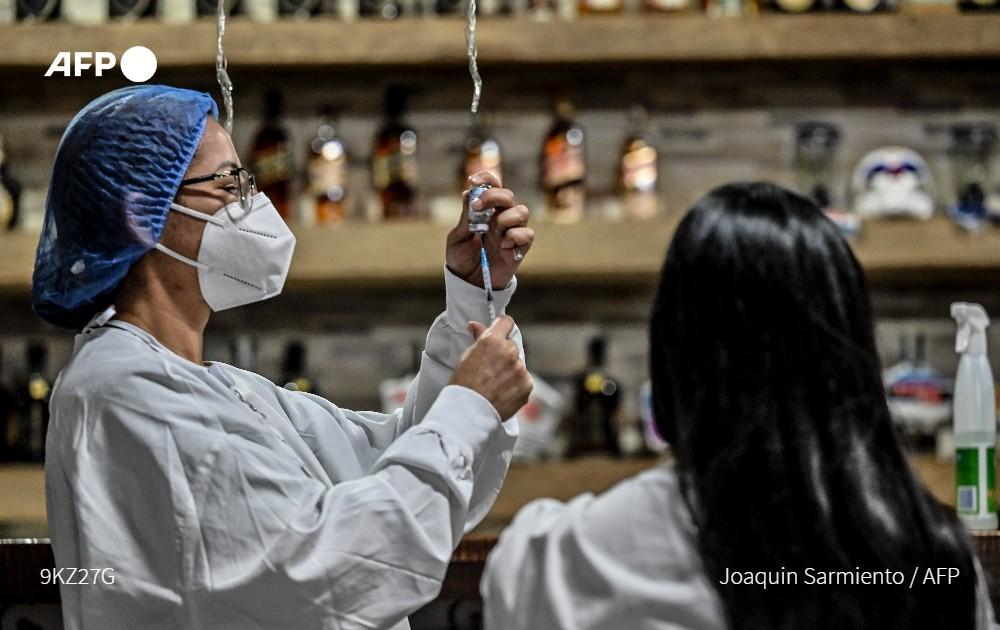 Q HEALTH – This week the World Health Organization named a new “variant of interest” of the coronavirus, called the Mu variant. It was first found in Colombia in January 2021 and has been found in about 39 countries so far.

Mu has changes, called mutations, which mean it might be able to evade some of the protection we get from COVID vaccines.

But one reassuring element is that, despite being around since January 2021, it doesn’t seem to be outcompeting Delta, the dominant variant across most of the world.

If Mu was truly a really bad variant, we would have expected to have started to see indications of this, and we haven’t yet.

What’s a variant of interest?

An impressive element of our COVID response has been frequent genomic sequencing, which we haven’t done before on this scale. This tracks and maps the evolution of the virus in real time, as it adapts and mutates.

Some mutations will be detrimental to the virus, but some will be beneficial, allowing it to spread better, escape the protection offered by vaccines or even evade COVID tests.

If there are changes to the virus that mean it looks like it has the potential to do more harm, then we might designate it a “variant of interest”.

Mu has mutations that might confer some of these properties, but evidence is still emerging.

The four other variants of interest are Eta, Iota, Kappa and Lambda.

If there’s good evidence Mu is more serious and beginning to overtake other variants such as Delta, it might be upgraded to a “variant of concern”. The four variants of concern are Alpha, Beta, Gamma and Delta.

WHO says it is monitoring a new coronavirus variant known as “Mu”, first identified in Colombia in January

Mu classified as a “variant of interest” with mutations that indicate risk of resistance to vaccines, it says https://t.co/gSpe1wy4Ug pic.twitter.com/NuOkQRkYlS

Can it escape vaccines?

Most COVID vaccines target the “spike protein” of the virus, which it uses to enter our cells. Our vaccines expose our bodies to a part of the virus, commonly the spike protein, so our immune system can learn to fight the virus off if it encounters it.

If a variant has significant changes in the spike protein, this may decrease the effectiveness of our vaccines.

The WHO said preliminary evidence suggests the Mu variant could partially evade the antibodies we get from vaccination.

But because this data is from lab studies, we can’t be sure how the variant will actually play out in the population.

We need more research to be certain about how it behaves in humans, and work on this is ongoing.

The good news is our vaccines currently protect well against symptomatic infection and severe disease from all variants of the virus so far.

Vaccines may not protect forever

There’s a high probability a new variant will arise one day that can significantly escape the protection offered by our vaccines, which are based on the original strain of the virus. We would call this an “escape variant”.

It’s hard to know if and when this would happen, but rampant community transmission of the virus increases the chances of such a variant emerging.

However, the leading COVID vaccine manufacturers are well prepared if this eventuates. Some are already developing vaccines for new variants, such as Delta.

If we did discover an escape variant, some vaccine manufacturers could alter their existing vaccines to match the new variant, possibly within 6-8 weeks. Medical regulators around the world would likely accelerate the approval process to make this possible. Certain studies would be required but these could be done quickly, so long as the new vaccine had basically the same properties as the existing vaccine.

Evolutionary theory predicts the virus may become more transmissible over time, but less severe, as a virus wants to spread as much as possible and doesn’t want to kill its host before it can do so. But this may not necessarily be how SARS-CoV-2 plays out, and realistically we’re still in the early days of this virus.

The best way of combating variants is to get as many people vaccinated as possible, so there are fewer susceptible hosts for the virus to reproduce and mutate.

There is a risk that once we have the majority of the world vaccinated, vaccines may place “selective pressure” on the virus to evolve to escape vaccines. But the benefits of having more people vaccinated outweighs this risk.

I don’t think it’s time to be concerned about Mu yet. If it became a “variant of concern”, then we might be more worried. But we have some amazing tools to fight this virus, including many successful vaccines — the majority of which can be adapted quickly to new variants.

It’s likely we’ll have regular booster shots to protect us against variants in the future.

This article by Paul Griffin, Associate Professor, Infectious Diseases and Microbiology, The University of Queensland,  is republished from The Conversation under a Creative Commons license. Read the original article.