When you marry or live with a Costa Rican, you basically commit polygamy 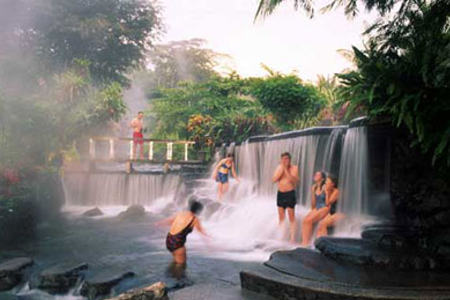 By Christopher Howard, Live in Costa Rica blog – I was married to a wonderful Costa Rican woman for almost twenty years. Unfortunately she passed away about nine years ago after a long illness.

My wife was not the typical Costa Rican woman in that she kept her family at a distance. Why? Because she didn’t want them meddling in our personal life. One of the downsides of having Costa Rican relatives is that you are basically married to the whole family, thus the statement above about polygamy is partially true. Family ties are very strong here and family always comes first. It always amazes me to what lengths Costa Rican women will go to in order to look out for their children’s wellbeing.

One of the complaints of many gringos is that it is hard to form friendships with Costa Ricans. The reason is that family ties are tight here especially among poorer families. The latter are too busy trying to survive so they don’t have the time to form many friendships let alone wine and dine their acquaintances.

In some ways close family ties are admirable. On the other hand, they can be a real drag as many gringos have found out. Most often Costa Rican families look at their American in-laws as nothing more than an ATM machine. The majority of the local woman consider gringos as a means for upgrading their lifestyles.

I do know a couple of gringos who are very happy with their Costa Rican relatives despite footing the bill. Ed married a Costa Rican woman about 20 years ago and had six children with her. He loves his wife’s family dearly because he never had a real family growing up so his Costa Rica relatives give him the sense of family he never had.

Bill is another acquaintance who got involved with a Costa Rican. Bill has a good sense of humor and jokingly says, “When looking for a spouse it is best to find someone who is an orphan and without any brothers or sisters. That way one can virtually reduce the chances of problems with inlaws.”

Many single male retirees who move to Costa Rica do so with the purpose of finding a mate. If they do get involved they should be aware of what they are likely to confront.

This article was first published in Live in Costa Rica Blog

QCOSTARICA - Thursday morning, in an act full of...
HQ