Where Are the Women in the El Salvador Gang Truce? 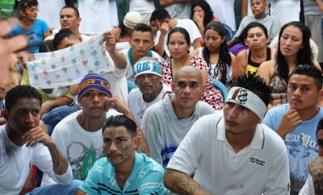 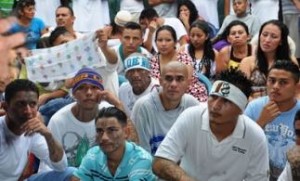 The tenuous “gang truce” in El Salvador, in place since March 2012, does not fit into a classic model of peace negotiations between armed groups. Even so, any negotiation involving armed groups to try to reduce or end violence invariably raises questions that apply to most peace processes — about strategy, tactics, risks, and legal frameworks.

In the case of El Salvador, there is a conspicuous absence in the discussion: the question of women’s participation in the process — despite the fact that the importance of including women is one of the key lessons from other peace processes in the past two decades.

In El Salvador, there are no women among the gang leaders or spokespeople, and none in public roles with the government, the mediators, or the “technical committee” meant to support the process. What’s more, few critical assessments of the truce have raised this absence as a concern.

It’s not that women have no stake in the situation: though women are a minority of gang members, they are active perpetrators and victims of gang violence. Many women in affected communities — most of whom are not gang members — are the mothers, wives, girlfriends, and sisters of gang members. They visit their relatives in prison, witnessing the overcrowded conditions, bringing food and clothing, and are the primary support system when people return to their communities after incarceration.

A few years ago, relatives of incarcerated people organized peaceful protests, calling for improvements in prison conditions. But these demonstrations — which were not backed by the threat of violence — elicited little reaction. These relatives are unlikely to garner the public empathy and respect obtained by mothers protesting human rights violations against their children (such as the Madres de la Plaza de Mayo in Argentina or CoMadres in El Salvador). Even so, their experiences and grievances are relevant and may resonate differently in the public conversation than the voices of gang members themselves.

One factor in the limited success and sustainability of other peace processes is that the dialogues, negotiations, and peacebuilding and conflict resolution efforts sometimes lacked women’s voices and a gender perspective. The international community formally recognized this and called for improvements in 2000, through UN Security Council Resolution 1325. Women are still under-represented in peace processes (10 percent of negotiators and 3 percent of signatories to peace agreements are women, and only 16 percent of peace agreements refer to women), but the rationale for including women is well-established, and there is no shortage of how-to guides and toolkits. Indeed, Colombian President Juan Manuel Santos’ recent nomination of two women to the team negotiating with the FARC in Havana was widely commended — the only concern being why they weren’t included sooner.

Applying the tenets of UNSCR 1325 and the “women, peace, and security agenda” to the efforts to use dialogue and negotiation to reduce gang violence in El Salvador could significantly alter the parameters of the debate and the proposals for reintegration options. Some possible implications include:

Of course, including women in a dialogue about gang violence does not guarantee that the negotiation and proposed solutions would be more gender-sensitive or effective, nor does it resolve the larger problems related to the lack of clear strategy. Simply “adding women” is not a panacea solution to the entrenched problems of gang violence, nor to the gendered power structures within gangs and in Central American societies in general. But, given what’s been learned from other peace processes around the world, it is crucial to start asking: Where are the women in this truce?

- Advertisement -
Paying the bills
Previous articleOscar Arias Is Sitting This One Out
Next articleTicos Play Chile, Korea and Possibly U.S. in Pre World Cup Friendlies

QCOSTARICA - The Independence Torch arrived in Costa Rica...
Lighter Side