Which Public Institutions Spend Most On Wages?

The Ministerio de Educación (MEP) – Ministry of Education – tops the list of the 10 top public institutions spending the most on wages, followed by the Caja Costarricense del Seguro Social (CCSS) – Social Security in Enlgish.

According to the report by El Financiero, the MEP spends ¢991.7 billion colones annually on wages, while the CCSS ¢976.1 billion. See chart below.

However, if ordered by public institution with its percentage of the annual budget consumed by salaries, the Poder Judicial tops the list with 88%, the MEP with 63% and CCSS with 40% of its spending on salaries.

The Banco Nacional, Banco de Costa Rica and Banco Popular are the country’s three of four State owned banks and have a combined salary spending of ¢268 billion. 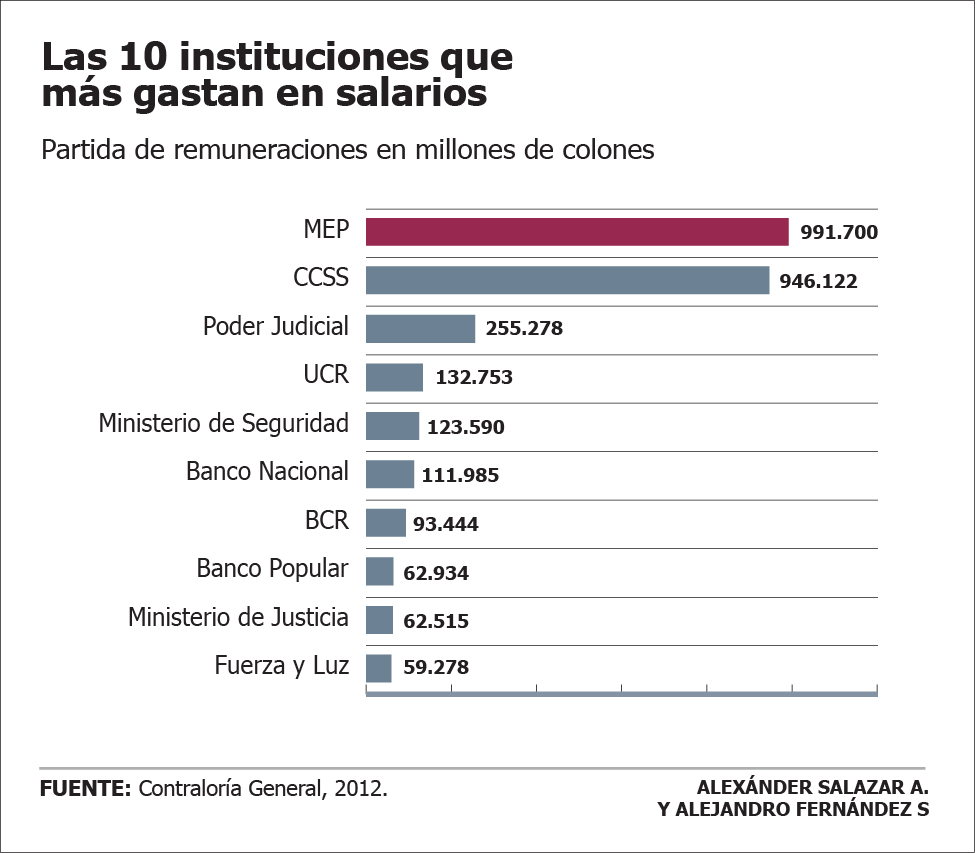 * In Costa Rica the Ministerio de Justicia is responsible, among others, for the country’s prison system, the comprehensive prevention of violence and crime, the promotion of culture of peace through alternative dispute resolution, and to be the legal representative of the Government of Costa Rica, as well as being a consultant of the Public Administration.