While America slept, China gained a stranglehold on the Panama Canal 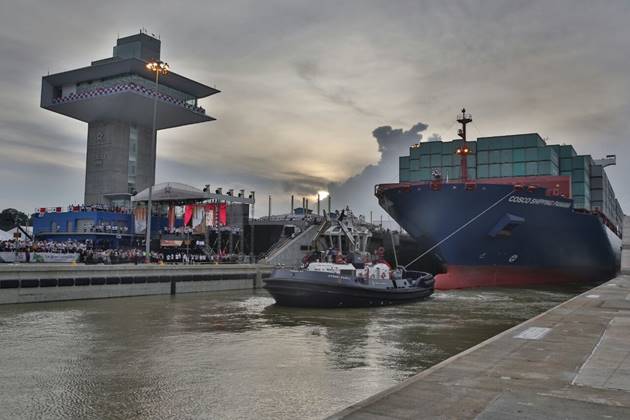 A boom in canal transits that include two-thirds of cargo ships traveling to or from the United States helped keep Panama and its globally strategic canal well within the U.S. sphere of influence.

Under President Donald Trump’s watch, Washington has stood idly as China rolled into Panama and established a major hemispheric foothold alongside a waterway essential to U.S. commerce and national security.

Much as former President Jimmy Carter was blamed for negotiating the treaties that handed control of the U.S.-built canal to Panama, it was Trump who allowed China to sink its claws into this highly strategic asset.

This might not seem like a major issue for folks here in the Midwest, but the vast majority of commercial products and farm commodities traded by local farmers pass through the Panama Canal. Access to the canal is vital for U.S. military vessels, including nuclear submarines. Few waterways carry higher strategic importance for the United States, which is why the U.S. militarily occupied Panama for nearly a century.

China recognized that strategic importance long ago, but the Trump administration is only now waking up to what it might have lost. China has worked for years to bribe and cajole its way into the hearts of Latin American leaders to break the region’s longstanding recognition of Taiwan over mainland China.

Even though the United States withdrew recognition of Taiwan in 1979 in favor of China, it has pressed countries across Central America and South America not to recognize China. Panama, Ecuador, El Salvador and Guatemala remained steadfast in their loyalty to Taiwan. But China slowly picked them off one by one, typically with multibillion-dollar loans and development aid that came replete with backroom deals that enriched officials while leaving their countries deeply in debt to Beijing.

Ecuador is now swimming in an unaffordable $19 as The New York Times reported Dec. 24 — all for a dam that the country didn’t really need and can’t use because it was so shoddily constructed.

After decades of efforts by Republican and Democratic administrations to forge trade deals across Latin America, Washington turned away from the region and trade accords in general under Trump. China filled the void and has now become Latin America’s top trading partner.

Perhaps the most telling sign of China’s intentions was the travel schedule of Xi Jinping after he became president in 2013. His first visits to the hemisphere were not to the United States but rather to Trinidad and Tobago, Costa Rica, Mexico, Brazil, Argentina, Venezuela, Cuba, Ecuador, Peru, Chile, Argentina and Panama. By the time he met with Trump last year, China’s plan to supplant the United States in Latin America was well underway.

In August, Washington was shaken by news that El Salvador had withdrawn recognition of Taiwan in favor of China. The Dominican Republic did likewise only three months earlier. Panama did it in June 2017 — all without consulting the United States. John Feeley, the U.S. ambassador to Panama, resigned in protest at the Trump administration’s lack of attention. His replacement hasn’t been named.

Secretary of State Mike Pompeo has grown so concerned over China’s economic incursions, in September he recalled the top U.S. diplomats from Panama, El Salvador and Guatemala for “consultations related to recent decisions to no longer recognize Taiwan.”

Too little, too late. Panama is currently wallowing in the attention and investment largesse showering down from China. Beijing funded construction of new $1.4 billion bridge spanning the canal. Upon announcing the bridge deal in December, President Juan Carlos Varela declared, “Panama is moving ahead in its relations with China and without a doubt this project that begins its construction today is part of that message and trust between the two countries.” It was the day after Xi had paid his first visit to the country.

The two nations now are negotiating a free trade agreement, prompting Washington to warn Panama against committing itself to Beijing in ways that could violate the free trade accord Panama signed with President George W. Bush’s administration in 2007.

Chinese companies now operate ports at both the Pacific and Caribbean ends of the canal. Another reportedly is planning to build a cruise-ship port at a former U.S. Air Force base. The site also will sit atop a major telecommunications trunk line — perfect for monitoring international phone and internet traffic.

Varela planned to give China the choicest property on the Amador causeway — former home to U.S. admirals overlooking the canal’s Pacific end — for Beijing to build its new embassy, but after the plans were leaked to a reporter, the United States protested loudly and the deal was canceled. The location would have given China a prime monitoring post to track U.S. military vessels passing through the canal.

Given the disastrous results of Trump’s other forays into international relations, chances are strong that he’ll say or tweet something to drive Panama or other Latin American allies further toward Beijing’s warm embrace — an embrace that could become a stranglehold on a vital shipping lifeline for America.