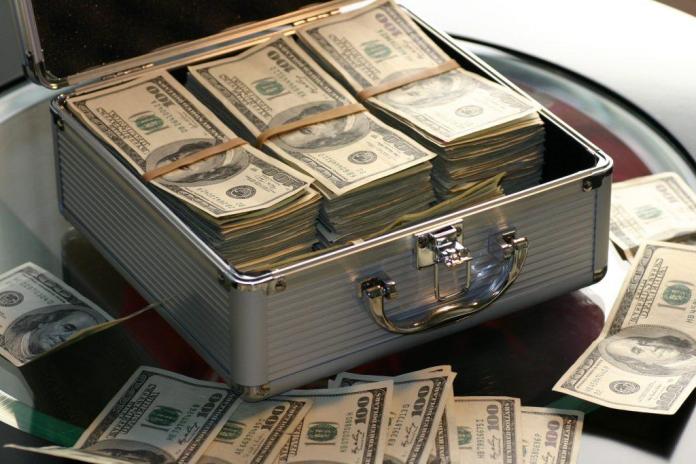 TODAY NICARAGUA – A large segment of the accusations filed against the political prisoners mention the crime of money laundering. Since the trials are held in secret, up until now not one shred of evidence has come to light to demonstrate the existence of these imputations.

What is known is that the sources of the supposedly illicit resources are agencies of international cooperation, duly accredited by official agreements. These agencies, in addition, still maintain cooperation relationships with governmental agencies and pro-government organizations.

Along with the accusations proclaimed by the Cabal in power, there’s public information that’s little known in Nicaragua, but that circulates on a world level. This information concerns the countries that represent a high risk in areas of money laundering. One of the information sources that’s best known among specialists is an annual report from the Basel institute on Governance, a Switzerland-based non-profit group that enjoys the highest international prestige.

The Basel Institute publishes a yearly report on the state of money laundering in the world. One of the outstanding features of that report is a ranking that includes 110 countries from all the continents. This ranking assigns a score to each country and orders them: from those registering the greatest levels of security in matters of large-scale money laundering, down to those that represent the greatest levels of risk.

In order to classify each country, they consider five key factors, which are then subdivided into 17 indicators. These are: the legal and institutional framework of each country; the risks of corruption and bribery in the State; the independence off the judicial apparatus; the financial transparency and accountability of the public sector; and respect for the rule of law and freedom of information. That is, they measure the quality of the institutional environment, the official transparency and the legal framework of each country.

For its investigations, the Institute draws information from institutions of recognized credibility, such as International Transparency, the World Bank, the Financial Action Task Force, known as FATF, the World Economic Forum and others. That is, the entire family of international institutions related to the indicators.

Clearly, the Basel Institute is a strictly professional entity that has no relation to politics.

What does the report say about the regime that Ortega heads?

Having offered this background, the hour has come to reveal what place the Ortega regime occupies in the world ranking on money laundering.

According to the report published just this last September, the Ortega regime holds the lowest ranking in Central America – that is, all of the Central American countries have classified higher. On the level of Latin America, only Haiti ranks lower.

I repeat: the Ortega regime ranks the worst in Latin America and the Caribbean, except for Haiti. This is very similar to the international report on corruption that Transparency International has published.

For the record: We’re speaking about the Ortega regime, because the rankings refer to the strength of the public institutions, as itemized above: the judicial apparatus, including the Public Prosecutor’s office; corruption in the government, legal framework, etc.

I’ll stay on this topic, although I could also refer to the accusations of money laundering on the part of the DNP petroleum distributor, a family business; or to the family bank BANCORP; or to CARUNA, the big cashbox of the Cabal in power. But let’s keep our focus on the recent publication of the Basel Institute on Governance.

Clearly, we find ourselves faced with a great contradiction. On the one hand, we’re still waiting for evidence to support the money laundering accusations they’ve launched against the Nicaraguan citizens they’ve imprisoned. On the other hand, based on the indicators generated by organizations of world prestige in matters of money laundering risk, the one that appears to be guilty is the regime.

How can we explain that the vociferous accuser from here finds himself classed among the most disaccredited on a world level?

It’s simple. The accusations are nothing more than a crude and cruel political machination, forged by the dictatorship with the intention of debasing its opponents.

This article was originally published in Spanish in Confidencial

“Narco” one step away from financing political campaigns

QCOSTARICA - The spending of money is regulated, but not its...
Read more