Who is Rebecca Sandí Salvatierra?

QCOSTARICA – President Luis Guillermo Solís started off the year with a trip to Brazil and the off to China. Since then, back at home, it has all gone downhill from there, with the President having to spend more and more time giving explanations and justifications for his staff problems.

The latest is the hiring of 20 something’s as advisors.

These are young people, some recently graduated from college advising the president on delicate issues. A few not even graduated (or enrolled it appears) in law school, advising Casa Presidencial (government house) on “legal” matters.

Not to undermine her achievements, questions are being raised of having such a young person, without experience (or law degree) in a high-profile position. Rebecca works under Marvin Carvajal, Legal Director of the Presidency (Dirección Jurídica de la Casa Presidencial, in Spanish).

One of the comment on the social media, a young man of 24 year of age asks: “I have a degree in tourism from the UCR, am certified by the INA as a tour guide and am licensed by the ICT. Can I look forward to being the Minister of Tourism?”

I am sure there will be more … the next three years may prove to be the longest in the life of the President. 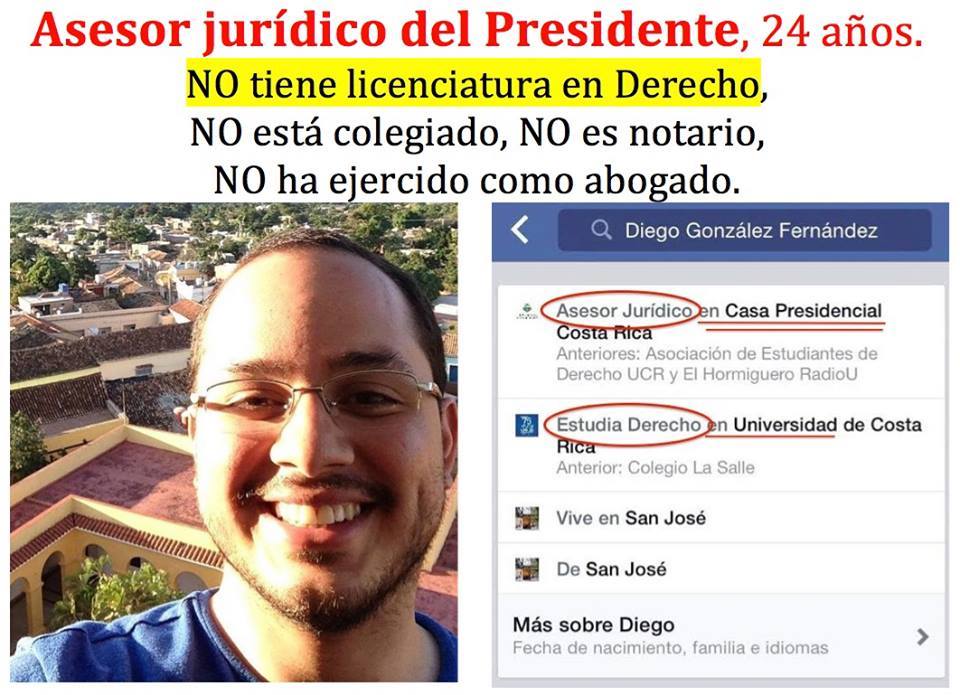 - Advertisement -
Paying the bills
Previous articleCosta Rican Foreign Minister Meets With U.S. Secretary of State, John Kerry in Washington
Next articleWords To Live By: “I Am Not Poor”, José “Pepe” Mujica