Why “Bill” Is Coming To Costa Rica

COSTA RICA NEWS – Former U.S. President, Bill Clinton, will be in Costa Rica on July 1 for the 25th anniversary celebrations of the founding of the Universidad Latina de Costa Rica (ULatina). 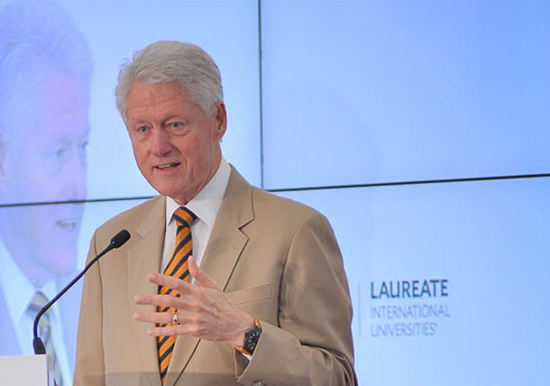 During his visit, Clinton, the 42nd President of the United States and Honorary Chancellor Laureate International Universities, will be touring the facilities of the new building of the Faculty of Health Sciences, one of the best in Central America. In addition, the former president will be sharing his thoughts on leadership and entrepreneurship in the 21st century.

Ulatina is one of two private universities Laureate operates in Costa Rica. The other is Universidad Americana (UAM), part of Laureate’s more than 75 universities that educate over 850,000 students in 29 countries across the Americas, Europe, Asia, Africa and the Middle East.  Laureate’s universities offer undergraduate, master’s and doctoral degree programs in fields such as architecture, business, engineering, hospitality management, law and medicine.

This is not Clinton’s first visit to Costa Rica, in 1997  attending the Summit of the Americas and again in 2012 for the Sustainability and Happiness Business Forum.