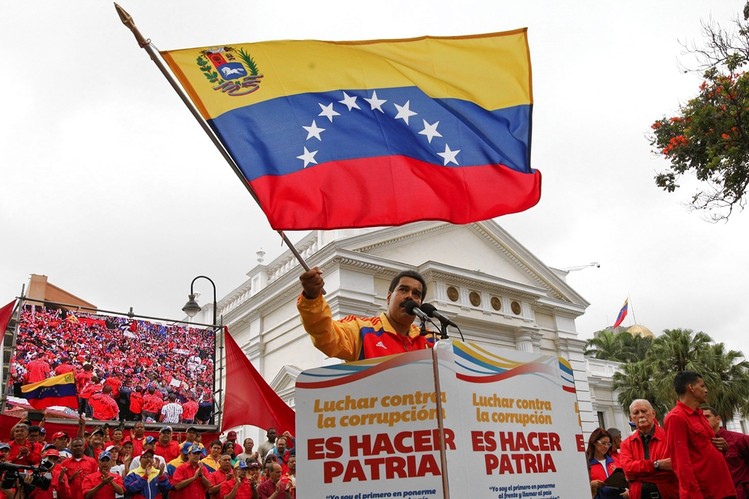 (Today Venezuela) A congressional commission in Venezuela says that a staggering US$70 billion dollars has been siphoned off from public institutions, a sign that widespread corruption may further destabilize the country’s precarious political situation given its crumbling economy.

The vice president of the National Assembly’s Comptroller’s Commission, Ismael García, said their investigations indicate that Venezuela has lost $70 billion — nearly 16 percent of its 2013 gross domestic product (GDP) based on World Bank data — due to corruption within its public institutions, institutions, reported RunRun.es.

García stated that one of the most corrupt entities was the state-owned oil company Petroleum of Venezuela, S.A. (PdVSA), which accounts for roughly 95 percent of Venezuela’s export revenues and 25 percent of the country’s GDP. The commission’s president, Freddy Guevara, said on October 19 that US$11 billion in PdVSA funds went missing between 2004 and 2014.

García mentioned the names of two former PdVSA executives currently detained in the United States, Roberto Rincón and Francisco Illaramendi, arguing that their guilty pleas had shed light on more than $1.5 billion in bribes to PdVSA. He also said that Rafael Ramírez, a former minister and PdVSA executive, is implicated in the fraud but immune to prosecution due to his current function as Venezuela’s Permanent Representative to the United Nations.

This is not the first time that García has publicly accused government officials of corruption. In July, he demanded that the Attorney General’s Office investigate Gen. Carlos Osario, the former head of the Nutrition Ministry, for allegedly embezzling $27 billion worth of imported food, according to El Nacional.

Meanwhile, on October 17, RunRun.es reported that the former head of Venezuela’s anti-narcotics agency and current Interior Minister, Néstor Luis Reverol Torres, appointed his mother-in-law, Susana Coromoto Acosta de Márquez, as director general of the institution responsible for the administration of seized criminal assets. President Nicolás Maduro appointed Reverol as the new Interior Minister on August 2, one day after he was formally charged by the US on drug charges.

Also on October 17, a low-ranking officer was accused by the Attorney General’s Office of stealing 2.5 tons of government-owned food along with three other suspects. Venezuela is suffering from widespread shortages of basic goods as the result of a deepening economic crisis.

Although the staggering $70 billion figure comes from the opposition-controlled National Assembly and no methodology was furnished to back up the estimate, García may not be too far off the mark. Indeed, judging from previous estimates by former government officials and independent analysts, $70 billion may even underestimate the true scale of corruption in the country.

Héctor Navarro, the former minister of electrical energy from 2012 to 2013 during Hugo Chávez’s presidency, claimed that corruption hascost Venezuela no less than $300 billion while testifying in front of the Comptroller’s Commission in April 2016. And in March, a Peruvian specialist said that $350 billion have been siphoned off from government coffers, 3.5 times more than any other country in the world.

Along with the combined weight of the country’s deteriorating economic and security situation, corruption is loosening — and may yet break — Maduro’s already precarious hold on power.

It is difficult for any country to pin down the extent of corruption by attaching a dollar figure to it. But the wide range reflected in the estimates for Venezuela underscores the lack of government transparency. This secrecy extends beyond corruption to other government sectors, including crime data. Official statistics on major crimes like homicide are rarely reported, and high-level officials have in the past admitted to refraining from publishing damaging crime figures.

Some of the same failed policies that have helped send Venezuela into an economic crisis are facilitating and exacerbating corruption. One of the most common corruption schemes can be traced back to former President Chávez’s decision to control the amount of foreign currency flowing into the country, in particular the US dollar, by artificially fixing the exchange rate.

Due to the scarcity of US dollars in Venezuela and the huge disparity between the government-controlled exchange rates and those on the black market, importers frequently inflate the price of their invoices in order to obtain as many dollars as they can. But to earn the right to trade at the government’s rock-bottom exchange rates, importers have to grease the palms of the officials in charge of doling out the dollars. One economic consulting firm cited in a 2015 report by the New York Times estimated that $69.5 billion was stolen solely through import fraud between 2002 and 2013.

While corruption on a mass scale was happening long before Maduro took office, the country’s worsening economic situation has made it much more noticeable. Food shelves lay bare and hospitals are running out of medicines. A recent Wall Street Journal investigation found that Venezuela’s infant mortality rate now exceeds that of Syria.

On top of the economic crisis is a looming political battle between Maduro and the National Assembly. Amid falling approval ratings, Maduro has stymied the opposition’s attempts to set up a recall referendum that could see the president’s term in office end prematurely.

With the ongoing turmoil, it has become politically vital for Maduro — who unlike his charismatic predecessor has never been in the military — to preserve the military’s support. To that end, the president has appointed high-ranking military officers, such as Reverol, to important posts within the government, and has recently given the army complete control of food distribution, as well as the administration of the ports. But the reputation of Venezuela’s armed forces has been tainted by accusations of criminal activities and the existence of drug trafficking groups within its ranks.

Endemic corruption is just one of the interlocking crises that are sending Venezuela into a downward spiral. Along with the combined weight of the country’s deteriorating economic and security situation, corruption is loosening — and may yet break — Maduro’s already precarious hold on power.

- Advertisement -
Paying the bills
Previous articleWoman Is 13th Victim of Thursday’s Cinchona Bus Crash
Next articleVenezuelan economic aid to Nicaragua down 10.9% first half 2016

Q24N - In a harsh tone, the President of Venezuela, Nicolás...
Read more