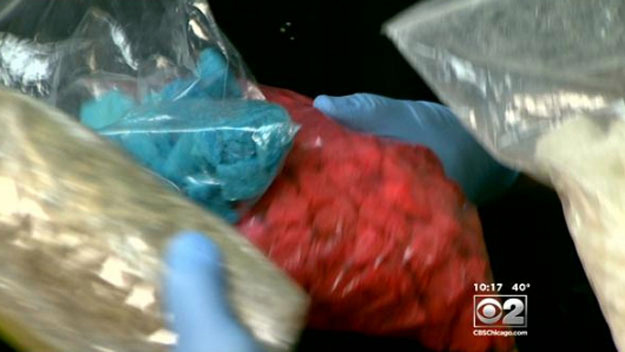 LATIN AMERICA NEWS- A high-ranking official in Peru has suggested synthetic drugs will fill the void left by a shrinking market for cocaine, a perhaps exaggerated claim that nonetheless reflects changing patterns in drug consumption.

“The cocaine market is going to be reduced over the next two decades… but the world will have a very dangerous synthetic drug market that is going to need to be regulated,” said Peru’s anti-drug czar, Alberto Otarola, on November 10. The official’s comment came one day prior to the start of the 58th session of the Inter-American Drug Abuse Control Commission (CICAD) being held in Trujillo, Peru.

Otarola offered as evidence for his claim the huge variety of synthetic drugs being produced, which has frustrated interdiction efforts. According to the CICAD, authorities from around the world have so far detected 300 different classes of synthetic drugs.

“A new [synthetic] drug is being created every day,” Otarola said.

Otarola added that trafficking synthetic drugs is “now much easier” than smuggling cocaine, since many of the drugs are not expressly prohibited by law.

Otarola’s remark reflects the growing concern over a burgeoning synthetic drug market in Latin America. A 2014 report by the United Nations Office on Drugs and Crime suggested that synthetic drug consumption is increasing throughout much of Central and South America, particularly Brazil and Argentina. The growing synthetic drug threat has been compounded by authorities who find themselves unprepared to respond to the wave of new drugs reaching the market.

In fact, this is not the first time synthetic drugs have been seen as usurping cocaine’s importance in Latin America. Following the seizure of over 3,000 capsules of the drug 2CB in 2013, a Colombian police chief claimed synthetic drugs are “gradually replacing cocaine.”

But the predicted fall of the cocaine industry may be overblown. To be sure, cocaine usage in the United States — long the world’s top consumer of the illicit drug — has fallen by an estimated 50 percent during the past eight years, while European markets also appear to be contracting. However, US drug official William Brownfield recently stated that cocaine consumption is once again on the rise, paralleling a huge jump in coca production in Colombia. Cocaine is also becoming increasingly popular among South American teenagers, suggesting it will remain a drug in high demand for the foreseeable future.