With an eye on the sky, Costa Rica’s farmers harvest rain to beat drought 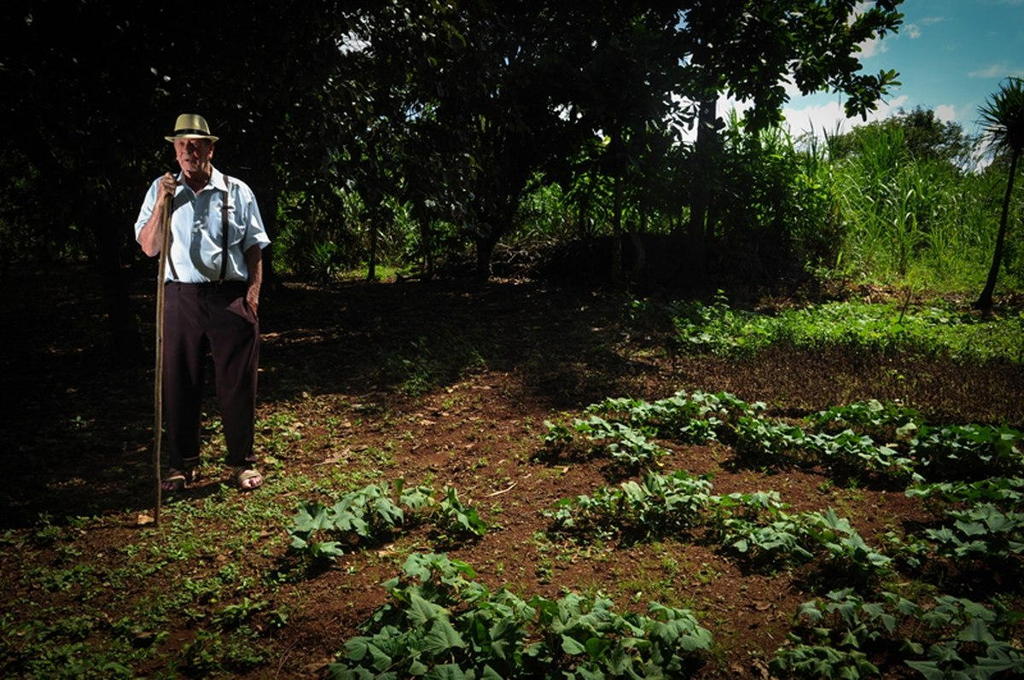 HOJANCHA, Costa Rica, May 11 (Thomson Reuters Foundation) – Farmers everywhere know water means life, and a lack of it can spell ruin. In Hojancha, a canton that lies about 130 kilometres (80 miles) west of the Costa Rican capital San Jose, cattle farmer Manuel Rojas understands that as well as anyone.

Normally by this time of year, he said, his small herd of 30 cattle would be desperate for water. Not any longer.

“Now they have it there easily,” he said, pointing to a full drinking trough.

What changed? Last month Rojas installed a rainwater harvest system that, as the name suggests, captures rainwater and stores it in an evaporation-proof, 1,000-cubic-metre tank.

It is one of the country’s first such systems. Its inverted pyramid structure stores 1 million litres of water, enough to last four months if used carefully.

“We hope that this system can help us maintain production throughout the whole year, and not only when it rains,” he said.

Hojancha lies in Guanacaste province, a region on the Pacific coast that is particularly prone to drought, especially during the intense summer months.

This area has few rivers, said Oscar Vasquez, the provincial director at the ministry of agriculture, who was at Rojas’ farm for a ceremony marking the system’s installation.

“I do not see another way (than this). Water comes only from the sky,” he said.

Despite the need for it, though, capturing rain is in its infancy in Costa Rica, he told the Thomson Reuters Foundation, in part because people do not know about the technology.

But there are other reasons, Vasquez said: it is costly to set up, and there is not enough clarity about the law covering rainwater harvesting. Both factors lower the economic incentives for farmers to invest.

A system like the one Rojas installed costs about $12,000, a sum that, in practice, is unaffordable for farmers like him.

It consists of a network of gutters that captures rain from the roof of his barn and directs it to the tank. From there a pump distributes it to the troughs, an irrigation system for grazing, and another that cleans the barn housing the cattle.

Rojas’s system was financed through the Mexican Agency for International Development Cooperation, with the United Nations’ Food and Agriculture Organization (FAO) helping to design and install it.

FAO programme assistant Diego Fallas said it is hard for farmers to get financing for green solutions like rainwater harvesting as the existence of such systems is largely unknown.

“Access to green financing is important, for example. These are actions that adapt producers to climate change, and green financing should make this type of technology more accessible to producers,” Fallas said.

Doing so would help farmers deal with the effects of climate change, said Fallas, by creating a water reserve to supply their farm’s needs during drought.

The FAO focuses on Guanacaste because it lies in Central America’s “Dry Corridor”, one of the regions whose agriculture the agency regards as being more vulnerable to rising temperatures.

The area is also exposed to extreme events such as El Nino, said hydrologist Alejandra Rojas (who is not related to Manuel Rojas) from the University of Costa Rica.

So while rainwater harvesting will help farmers deal with the effects of climate change and lower the stress on aquifers, it will take much more than that to minimise the effects of extreme weather events, she said.

“What happens a lot of the time is that the system goes into a hydrological drought. In other words, there is a decrease in all water sources – both rain and reservoirs – as well as aquifers,” Rojas said.

Dealing successfully with those types of situations needs more, including setting up water-saving habits and using drip irrigation.

Regulations about water use have long been complex in Costa Rica. Farmers, for instance, must get permits if they want to use rainwater once it has landed on the country’s soil.

And until last year, they also needed a permit to capture rainwater from their own roofs. That changed after an executive order was issued allowing farmers to store up to 1,000 cubic metres of rainwater without permission, said Fallas.

“Water that has not touched national soil can still be used without any permits,” Fallas explained.

That remains true for now. However, as the executive order expires next year, it is unclear what will happen then.

The complications do not end there: regulations around water storage are also complex, Fallas said, as they involve strict construction rules that can take two years to complete – a lengthy, costly process that many farmers cannot afford.

Patricia Quiros, general manager of the government’s National Service of Groundwater Irrigation and Drainage (SENARA), said local authorities could help by including rules on rainwater harvesting in their regulations on land use.

They could do the same by devising local regulations on building storage systems, she said, cutting both the amount of red tape and the time farmers need to spend on securing water.

The FAO’s Fallas said time is of the essence.

“We must take the issues on the table and start working together because the ones suffering right now are the producers. The agriculture and livestock sector is being harmed,” he said. (Reporting by Sebastian Rodriguez, Editing by Robert Carmichael and Zoe Tabary. Please credit the Thomson Reuters Foundation, the charitable arm of Thomson Reuters, that covers humanitarian news, climate change, resilience, women’s rights, trafficking and property rights.