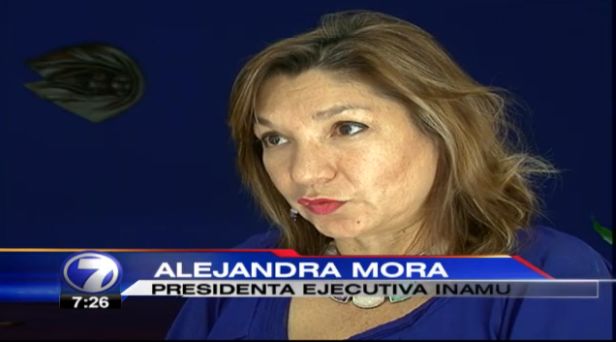 QCOSTARICA – The Instituto Nacional de la Mujer (INAMU) – Woman’s Institute, is asking the young woman victim of having her intimate parts being viedoed while walking the streets of San Jose, to file a formal complaint.

The video circulating the social media shows how the man, with a cellular phone in his hand, lowered to below the skirt line, walks behind the woman who is unaware of being victimized. The act was witnesses by a young man who decided to make his own video of the “viejo verde” (pervert), confronts the man and makes the young woman aware of what had just a happened.

The video of the hunter being hunted was posted on Facebook where it received hundred of thousands of views in the first hours alone.

The head of the INAMU, Alejanda Mora, explains that this type of of street harassment (acoso callejero in Spanish) is punishable with a fine of up 30 days, and if not paid could end in jail time.

Mora added that eight out of ten women victims of street harassement do file formal complaints.