By Wilberth Villalobos Castrillo and Oliver Perez, Voz de Guanacaste – Those travelling on the Interamericana (Ruta 1) between Cañas and Liberia will encounter some delays in traffic since CONAVI is working on installing bridges. 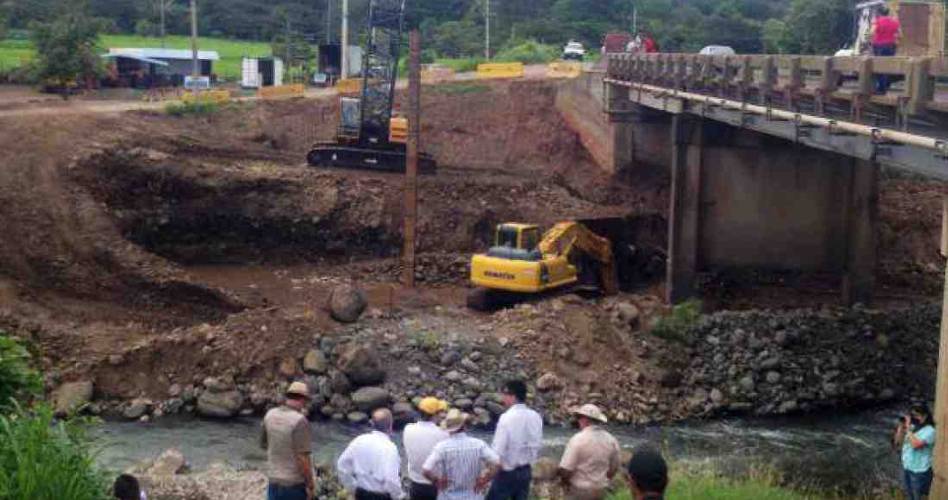 The recent placement of the bridge over the Cañas River in August of this year along the route marked the beginning of the construction phase of 18 new bridges as well as the rehabilitation of 18 existing bridges, which will also receive attention.

Each new bridge will have two lanes, pedestrian sidewalks and will have a lifespan of 20 years, explained Enrique Sánchez, engineer of the Consejo Nacional de Vialidad (CONAVI- National Roadway Council), who is part of the executive unit that supervises the work.

Sanchez said that the companies FCC, Meco, Sanchez Carvajal and Codecsa are in charge of the construction of the bridges and he expects the bridges to be completed by the end of 2014.

These works are part of the widening of 50 kilometers of the Cañas-Liberia route, which will have four lanes. The construction started in 2012 and is expected to be complete in 2015.

The road will have nine pedestrian bridges at strategic points, such as near schools, to provide greater safety for pedestrians and special culverts that allow animals to pass.

According to CONAVI, the total investment for this project amounts to $200 million, and once completed, it will make it possible for vehicles to travel from Cañas to Liberia or vice versa in just 20 minutes instead of the 45 it normally takes.

QCOSTARICA - The Daniel Ortega government sent its ambassador to Costa Rica, Duilio Hernández, as its representative to the summit of Central American presidents...
Entertainment

QCOSTARICA -  In yet another system-wide failure in the immigration check-out, passengers looking to leave Costa Rica Monday morning by way of the Juan...
Rico's Digest