You Better be Good, Better not Cry Because Obama is Coming to Town

Let’s look to night sky and see if Air Force One is being lead by a red nosed reindeer. (Not). Rather it is just another traffic jam which has been kept under wraps for protection of the U.S president and make sure we all have reason to either not be at work, or once again work very little. 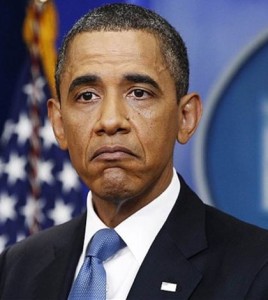 Obama’s visit comes at a time when Costa Rica is at many crossroad: soliciting with a sleepy sloth much needed direct foreign investment, develop sustainable infrastructure which in the longer term will bring in massive tourism dollars and in the short term create much needed employment. Equally critical is to reactivate and improve both the public health care system best known as the CAJA and to dramatically improve the educational system which is still founded on memorization instead of thinking.

Certainly we have read about the use of computers systems in schools as far away as the frontier. However, the material is fundamentally the same: Rote memory. A brief study was made by the Ministers of Education, Garnier, and to his dismay 33% of the teachers could not pass the exit exam of high schools.

Rightfully so, U.S. Ambassador, Ann S. Andrew has been concerned that Costa Rica has not, not at all assured foreign investment that their expenditures and their contracts are safe in Costa Rica.

We have a national mantra something similar to India and China which is, “Okay we signed the contract now let’s start negotiating.”

President Obama, outside of the SICA conference will certainly ask what does Costa Rica need and how do we do it in a way that makes common sense?”

We have minutes, only minutes to present our case.

Johnny Araya will be presented to Obama since he, right now is favoured to be the next president of Costa Rica.

I have asked the Alcade (Mayor of San Jose) Johnny Araya what he plans to say during his five minutes of interview to Obama and he replied: “My first priority is to reactivate the infrastructure of the country such as our Universal Health System, it cannot fail. Then also reactive public works such as roads, bridges, clean waters which translates to more jobs and more income for the people of Costa Rica. The next priority is to improve our education system which will reduce what we believe is excessive poverty”

QCOSTARICA - The week of June 13 to 19 registered a decrease in the average number of deaths due to Covid-19, when 20 daily...
Trends

Costa Rica has some of the best beaches in the world. The coastline is blessed with golden sand, beautiful palm trees, and perfect blue...
Pura Vida

TODAY COSTA RICA - Original text published in La Nacion on June 23, 1971 - A conflict over air routes, has been unleashed between...
Banking