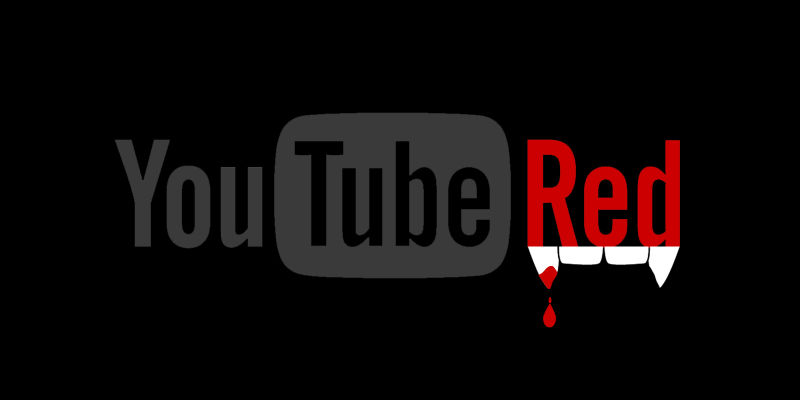 QCOSTARICA TECH – The past 24 hours have been a tortured 24 hours for YouTube professionals and their fans. The famously free video site announced a new paid service called YouTube Red, and nobody’s really sure what it means. But some YouTubers are already making end-time predictions.

Those predictions fall on the dramatic end of the reaction spectrum, though they’re not necessarily unwarranted. For months, YouTube has been talking to video creators about its new subscription plans and is prioritizing user experience above all else. That means if creators don’t sign a YouTube Red contract, their videos will be marked “private,” meaning nobody can see them. Otherwise, YouTube Red subscribers would be unable to access videos that non-subscribers have access to, which means subscribers would be getting less content than they would on free YouTube, not more.

“Both creators and users have been asking for a YouTube subscription service and that’s why we built YouTube Red,” a YouTube spokesperson told Gizmodo. “Today, the overwhelming majority of our partners, representing nearly 99-percent of the content watched on YouTube, have signed up. Videos of partners who don’t update their terms will be made private, but we remain committed to working closely with these partners with the goal of bringing them on board.”

That curious “1 percent” is pretty tricky, though, especially for the people who make a living through their YouTube channels. Based on initial reactions, some in the YouTube community are outraged. One YouTuber even created a petition called “Stop YouTube Red” that’s garnered close to 6,000 signatures so far. (It’s unclear if the person behind the petition actually understands how YouTube Red will work.)

People aren’t just upset about the YouTube creator contract, either. People seem generally scared about a world where you have to pay to watch some YouTube videos.

YouTube currently gives content creators 55 percent of the advertising revenue on their videos, and the company says it will give YouTube Red partners a majority of the subscription revenue they bring in. YouTube hasn’t specified the exact amount, but it will be based on your watch time. For those who participate, the new subscription model will provide an additional source of revenue for video creators. Whether due to the money question or simply the change in protocol, however, folks seem miffed.

Clearly, this matters for people who are making money off of YouTube. But should users be so upset that something that was once 100 percent free is only 99 percent free now? That’s not really the point. The point is that Google enjoys a huge amount of control over the online video world. If creators don’t like the terms of YouTube’s deal, they can either kiss their content (and paycheck) goodbye, or try their luck at another video site like Vimeo. It’s not unlike your internet service provider charging you more for service, when you don’t really have any other choice.

We don’t really know how this is going to change the average person’s YouTube experience, either. YouTube Red isn’t supposed to change how regular YouTube works, but that will remain a mystery until YouTube starts rolling out the exclusive content in January. (The ad-free part starts next week.) Until then, enjoy your innocence. The world isn’t going to end. But it will never be the same.

Buying Yuca In Costa Rica Will Never Be The Same (Video)

Today, Monday, June 21, we are back to the two plates that cannot circulate, in today's case plates ending in 1 & 2 CANNOT...
Economy

QCOSTARICA - Strengthen the attraction of Costa Rica to attract high-tech, innovative, and science companies to invest, is an initiative that stands out in...
Corrupion

QCOSTARICA - No more soup for you! If the Minister of Public Works and Transport (MOPT), Rodolfo Méndez, has his way, the H. Solís...
Nicaragua

TODAY NICARAGUA – Despite international pressure and rejection, Nicaragua President Daniel Ortega continues to imprison Nicaraguans who criticize and question the way he is...