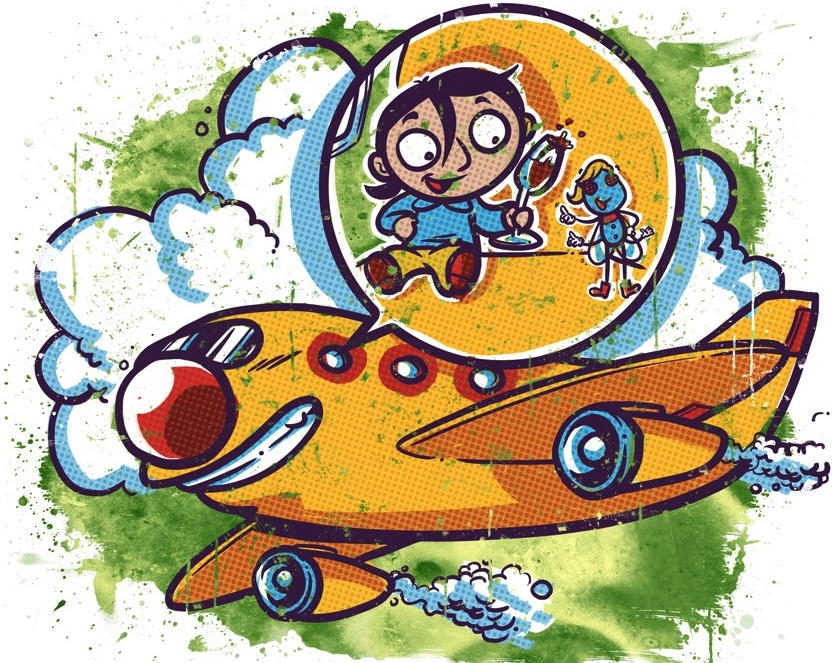 Bruce Springsteen was belting out “Thunder Road” on every transistor radio all along the Turnpike when a rotary phone rang in June of 1979, somewhere deep in the swamps of Jersey. “Speedy, Speedy can you hear me?” said the caller. “Yes Uncle,” replied young Speedy, the radio blasting while he intermittently put keys in the cutting machine and took hits from the roach of Acapulco Gold that he held between the nails of his thumb and middle finger. “Speedy, are you listening to me? There’s a nice goil that I vant you should meet. I knew her uncle. He was a Lantzman, from Auschwitz.” After the war, Speedy’s uncle and family made it to Ellis Island with the clothes on their backs, and a fiddle. The Uncle’s friend, his “Lantzman” also survived the ravages and indignations of the war and made it to Costa Rica. They were all Ashkenazi Jews from Poland.

In 1939 there were about six hundred and thirty-nine thousand people living in Costa Rica. Some of them were Eastern European Jews. While many Europeans who escaped the horrors of WWII headed for South America and landed in Buenos Aires, others found their way to Costa Rica.

“I spy with my little eye a virgin bride for a Jewish guy”, the uncle would say, laughing and fiddling.

Speedy packed up his key cutting machine and got on a plane to Costa Rica to meet the niece of his uncles’ lantzman. Speedy opened a small hardware store in between King’s Chinese Buffet and the Hotel Del Rey on Avenida 1 just west of Calle 5, in San Jose. His uncle would sit in Plaza de la Cultura playing his fiddle for tips. They went to Rhormoser and Speedy was introduced to a 19 year old Polish girl with the surname Lewinski, and then before too long they married and made a family. It was what Speedy was told to do by his uncle the fiddler, and he did it. The young Lewinski girl was a virgin, and Speedy who was several years older had never been with a woman. He had experience in doing things and he liked it, but he had never been with a woman. Keys and hardware had kept him occupied. He had few friends and they all wore plaid shirts and had mustaches.

He only knew other locksmiths and key cutters. It was strange for him to be with a woman but it was what he was expected to do and it all might have been fine. By a twist of fate, a chance meeting or the result of a predetermined and suppressed inclination for something different, the marriage and the family did not end well, at least for the bride. Speedy loved to make keys. He also sold nuts and bolts and screws and washers. Plungers and plumbing fittings. Duct tape and glue.

Thirty-five years after Speedy The Locksmith and his Uncle The Fiddler arrived in Costa Rica to meet the virgin niece with the surname Lewinski, Zen Dog Duke was sitting in The 1,2,3 Café across the street from king’s Chinese Buffet. “The Asians don’t give up easily,” Zen Dog Duke would say. The Locksmith was still making keys and the traffic at the Hotel del Ray was brisk with locals plying their trade. Across the street, The 1,2,3 Café had become a meeting place where exchanges were made. Foreigners traded money and stories and women who could be had there in a room in the back of the kitchen for thirty-two fifty, and this was all fine, but it was a place where you never got exactly what you order. The cook was a brooding cuckold in pajamas and he wore a dew rag on his head made from an Italian flag. His wife had left him for a German, or a Swede back in the old country. No one was really sure. He was known to the locals as Pijamini because beneath his apron he always wore his night clothes and slippers. You would place your order and he would cook, but what you got was anyone’s guess. The cook was moody and the cook was depressed. The cook had his keys made by Speedy the Jewish Locksmith from New Jersey. “If I had a GoPro,” said the cook, ” I would walk to Patagonia, or Albania. That will be my legacy. I need to leave something behind. You can live cheep in Albania,” he would say. “But walking to Patagonia, that will be my legacy.” No one was convinced.

Speedy pulled up on his blue motorcycle in front of The 1,2,3 Café and then entered and took a seat at the counter. The cook was crying in the kitchen, lamenting over his lost Lenore, Ciara or Maria or someone he never knew on the other side of Lago di Lugano, in Switzerland or Austria or Santa Ana. “I’m a gonna do it,” he would say to Frenchie the busboy, and then he would threaten to throw it all away, take off his apron and give up the kitchen. He would walk to Patagonia, or Albania. Uno, dos, tres and just like that he would be gone. He was serious, but no one seemed to care.

Zen Dog was at the counter eating an arancini and drinking a glass of wine. He had ordered espresso and a cannoli. Speedy sat on the stool next to him. “What do you want,” asked the curly haired Nicaraguan counter girl. “I want the woman of my dreams,” said Speedy. Zen Dog Duke drank from his wine and tore off a piece of arancini. “But you’ve got a wife, and a family and a machine that makes keys,” said the counter girl. “You have a blue motorcycle,” added Zen Dog Duke.

“I want the woman of my dreams,” insisted Speedy. Bruce Springsteen was playing on the juke box. ‘Baby We Were Born To Run’ reverberated through The 1,2,3 Cafe and for one nostalgic moment they were all reminded of their youth and they felt young again. The curly haired Nicaraguan Counter girl took his order and made eyes at the French busboy who did not return her glare. “Did you hear that,” said the curly girl? The French busboy looked at the floor. “One woman of your dreams,” she repeated, “coming right up,” and then she turned on her heels and went into the kitchen. When Pijamini The Cook saw the command he became furious in the kitchen. He threw pots and pans and spoons against the wall. The curly haired counter girl signaled for Frenchie the busboy to clean up the mess.

“What exactly,” said Zen Dog Duke to Speedy, “would you do with the woman of your dreams?” Noise continued to echo from the kitchen. And the curly counter girl ducked as kitchen utensils flew across The 1,2,3 Café .

“What would I do? What would I do with the woman of my dreams?” Said Speedy at the top of his voice. “I would put her on the back of my blue motorcycle, and we would ride.”
Zen Dog Duke finished his arancini, drank the last swill of his wine and then asked the curly haired counter girl for a glass of water.

The counter girl brought the Zen Dog a glass of water and the noise in the kitchen came to an abrupt halt. Frenchie the busboy was looking out the front window and watched as someone crossed the street from the Hotel del Rey. Frenchie the busboy walked to the front door of The 1,2,3 Café and opened it for a lanky lovely in high heels and tight jeans. Her blouse was tied in a neat knot between the firm and motionless lumps that pushed through the thin material. She flipped her hair over one shoulder, her narrow boyish hips swaying towards the counter. Sparkles on her neck and cheeks reflected the florescent light of The 1,2,3 Café and her lips and nails were painted red. There was a bulge in her tight jeans, but she crossed her legs when she sat on the stool, the stool next to Speedy. “What will you have,” said the curly haired waitress to the customer with the sparkles and knot in her blouse, and a bulge in her tight jeans. “Not a thing,” she replied. The curly haired waitress looked at Zen Dog Duke. The Zen Dog looked at Frenchie the busboy. The busboy looked at the cook who took off his apron and threw it to the floor. Speedy and the girl with the sparkles on her neck and cheeks that reflected in the florescent light got up from the counter, walked through the door and rode off on Speedy’s blue motorcycle without a word. Pijamini came out from the kitchen.

“What are you doing,” asked the curly haired counter girl?

“I’m walking to Patagonia,” he replied. “Then I’m going to Albania,” said Frenchie the busboy. The two of them walked out of The 1,2,3 Cafe. Zen Dog Duke got up from his stool at the counter. “Check please,” he said to the only other person in The 1,2,3 Café. “That will be Thirty-Two Fifty,” said the curly haired counter girl. 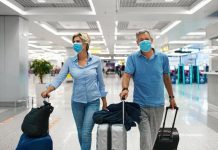 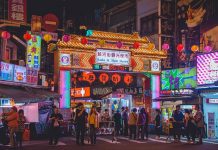 Countries voted the best for expats in 2021 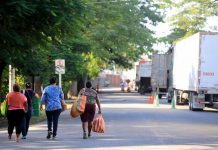 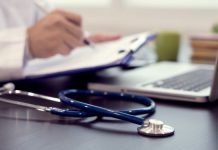 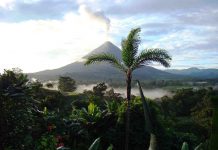 Help My Business Get Noticed… Please! 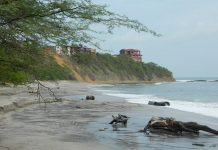