“Zero Tolerance” On Crime Proves Costly For the Country

COSTA RICA NEWS — As the “war on drugs” has shown, the policy of “zero tolerance” can be costly and should be weighed against one of “selective blindness.”

In the case of Costa Rica, the theft of a dozen cans of peas valued at ¢370 colones each from a Pali supermarket in Paseo Colon in San Jose will cost ¢7 million colones to go through the ponderous legal process of prosecuting the thief.

The 12 cans were recovered by the supermarket’s guards, by the way, and the culprit known as Juan, 30, was whisked off to the slammer. He has served 42 days preventive contention which has cost the country a million colones as of last Sunday, reported La Nacion. 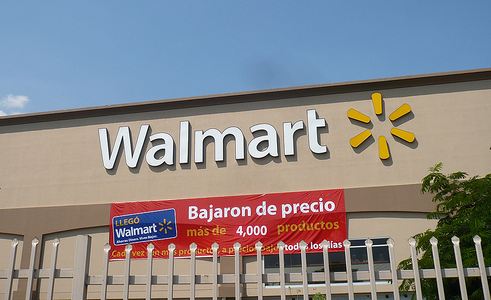 The process includes the investigation of the charge, filing of the accusation, trial, appeal and the automatic review to make certain all the legal “i’s” were dotted. That’s six million alone without the jail time. The there’s the overcrowding of the prisons to consider if he is sentenced.

Cases like Juan’s have opened a lively debate on whether the whole charade is worth it if the public or theft victim receives no significant damage from the crime. Juan has no prior record and, indeed, even the days he has served in preventive custody as a danger to society is questionable.

Juan appeared bewildered by it all. “There are murderers here,” he told La Nacion about jail, “When I entered, I hoped God would strike me dead…My brothers, who are lawyers, brought recordings of my kids and said it wasn’t a great case. It affected me a lot that the day I was arrested was my daughter’s birthday.”

Moreover, the other inmates threw water on him and their leader menaced him with punches. One cannot but believe that Juan has already paid a price for his petty theft but since 2009, the courts have punished such theft (even though no one is hurt or even threatened) with from a month to three years.

Minister of Justice Cristina Ramirez, responsible tor prisons and jails, assured La Nacion that some in prison were there for stealing as little as 300 colones worth of cans of tuna, beer, meat, cheeses, deodorant and ice cream. The Sala III of the court feels they must follow the law.

But not all agree. Judge Jose Manuel Arroyo ruled in a minority opinion, “To erase the distinction between simple theft and minor theft, the Legislative Assembly took a crime policy measure totally contra-productive that only creates a disproportion of punishment but has brought insupportable pressure on the penal system…”

Minister Ramirez agrees, feeling that nothing is gained by jailing the petty thief. She feels that the current law is unworthy of a democracy and especially one that values human rights. But it goes on, with Walmart alone accusing an average of three persons per day of petty theft and the number of arrest averaging seven daily.

Last year, more than a thousand persons faced the court on Walmart accusations alone and so far this year, 661 have been accused. It would be hard to convince Walmart with its 216 stores throughout the country that petty theft is best ignored. The corporation has a “zero tolerance” policy that is rigid.

There is in place a special conciliation tactic that allows for restitution of Walmat, as well as other stores, but the corporation chooses not to employ it. Sala III magistrate Doris Arias told La Nacion that it is well within Walmart’s right as an injured party to ignore this non-court method of dealing with petty crime.

This conciliation process costs the courts a mere 327,000 colones as contrasted with the 6 million or so by going through the regular courts. This has been proposed to Walmart but the company ignored the offer, La Nacion reported.

Juan confessed, “Sometimes I don’t understand the law.” His family and their attorney offered to contribute 500,000 colones to a refuge for children but the management of Walmart refused to consider dropping charges.

But speaking for Walmart, Yolanda Fernandez defended the policy by saying that if the customers and staff of the stores do not feel safe, it causes a loss for the company. She said that some petty thieves, when asked to relinquish their ill-gotten merchandise do become violent.

Comment: If this appears terribly un-Costa Rican, it is likely a policy handed down from the home office in the United States. Ticos are more forgiving…

Article by iNews.co.cr (with editing by the Q!), respoted with permission.