South AmericaColombia
By Rico
26 May 2014 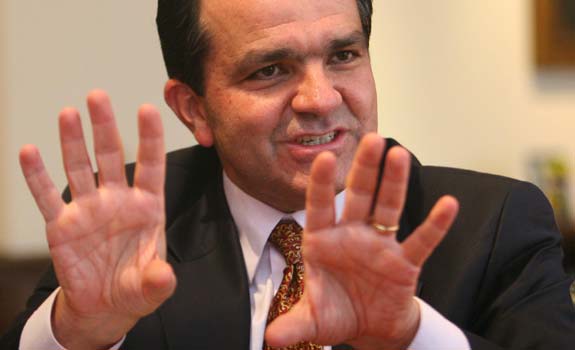 TODAY COLOMBIA –  Colombia’s new president will be elected in a second round run-off that is shaping up to be a war or peace referendum on negotiations with guerrillas after anti-peace talks candidate Oscar Zuluaga triumphed in first round voting. 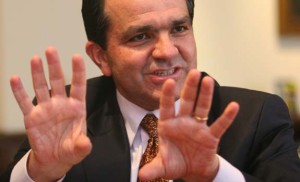 In third and fourth place were Conservative candidate Marta Ramirez and the candidate for the leftist Alternative Democratic Pole, Clara Lopez, who registered 15.5 percent and 15.2 percent respectively.

After the results came out, both Zuluaga and Santos immediately turned to what is likely to be the second round’s pivotal issue — negotiations with the Revolutionary Armed Forces of Colombia (FARC).

Zuluaga told supporters he would “work towards achieving peace every day,” but stressed it would be a peace that would “only benefit the Colombian people.”

He added that a president “cannot and must not be manipulated by the FARC,” who he called “the world’s principal drug trafficking cartel.”

In his speech, Santos said the second round would be a choice “between fear and hope, between those that do not want peace and those that are prepared to go looking for it.”

There is little doubt that Zuluaga’s victory above all represents a victory for former President Uribe and his campaign to scupper Colombia’s negotiations with the FARC. The candidate himself had little name recognition nor popular support when he won primaries, and it is almost certainly Uribe’s enduring popularity that has swept him to victory.

Uribe is one of Colombia’s fiercest critics of the peace talks, and although Zuluaga has been careful not to say he will immediately break off negotiations with the guerrillas, his comments leave little doubt they would almost certainly be doomed if he wins power.

His comments dismissing the FARC as a drug cartel are also a clear message to the guerrillas, who will almost certainly not be willing to negotiate with a government that refuses to recognize them as a political as well as criminal actor.

The run-off is now set for June 15th. Who wins may come down to how successfully Zuluaga and Santos can appeal to voters for the losing candidates. Of these, the 15 percent that voted for Clara Lopez, and 8 percent that voted for Green candidate Enrique Peñalosa are more likely to support Santos and continuing peace talks, while the 15 percent who voted for Marta Ramirez will be more likely to switch to Zuluaga.