100 Million “Invisibles”: The Plight Of Domestic Workers Across The World 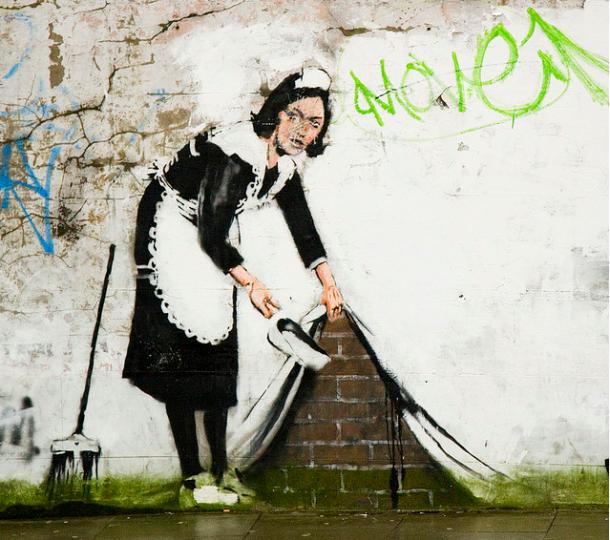 Le Monde by way of World Crunch – They are the “invisibles.” Behind closed doors, they cook, clean, take care of children and the elderly. They are often the victims of abuse – sexual and physical – they are underpaid and overworked – sometimes for more than 65 hours a week, they don’t get benefits and rarely have organizations to defend them.

Most of these workers are women. The International Labor Organization (ILO), a United Nations agency that regroups the governmental representatives, employers and workforce of 184 countries, published a report this month that estimated a total of 52.6 million domestic workers in the world in 2010, of which 83% were women. This number has increased by more than 60% in the past 15 years.

Nevertheless, experts recognize the imprecision of these numbers. The amount of domestic workers in the world probably surpasses the hundreds of millions. In all countries, domestic workers are often migrants, sometimes undocumented. Children less than 15 years old, employed to do household chores are not counted in the numbers.

The financial crisis has played a role in this increase – with many unemployed people turning to this sector. Other factors may also explain this explosion in domestic work. “There are increasingly more elders to take care of. There are also more women who are working, and this means more people doing domestic work. Also, as developing countries get richer – for example in South Africa or Brazil – the new middle class benefits from these services,” says Martin Oelz, ILO expert on working conditions.

In June 2011, at the ILO annual conference in Geneva, the agency adopted convention n° 189 which mentioned “decent work for women workers and domestic workers” for the first time, and set standards in a sector largely affected by illegal work. For the convention to be applied, the ILO needed the ratification of two countries. Uruguay, The Philippines and Mauritius ratified it. Other countries have started the ratification process: Bolivia, Nicaragua, Costa Rica and Italy. France is considering it.

Not covered by labor laws

On Dec. 12, 2012 within the framework of the International Trade Union Confederation’s “12 by 12” campaign to achieve the symbolic aim of 12 ratifications, Secretary General of the French CGT labor union, Bernard Thibault, addressed Minister of Labor Michel Sapin saying “France should swiftly ratify this new convention so that its implementation can be accelerated.” He added that it was “urgent to act for fair treatment for workers in this sector” and emphasized the “innovative nature of this standard, dealing with the difficult question of precarious forms of employment, which is akin to slavery in certain regions of the world.”

The minister should announce the ratification of the convention in February.

Regulating the sector is not an easy task. “One of the problems is the sanctity of the home, which prevents work inspectors from checking private homes,” explains Stephane Fustec from the CGT union. The situation is even more complicated at an international level. According to the ILO, “only 10% of the world’s domestic workers are covered by general labor laws to the same extent as other workers.” And more than a quarter are “completely excluded from the scope of national labor laws.”

They face very low wages – which are in part due to a generally lower level of qualification – excessively long hours; no weekly rest periods and are sometimes are subject to physical, mental and sexual violence, and restrictions on freedom of movement, according to the ILO.

This abuse is not limited to certain regions of the world – such as the Persian Gulf countries – where work laws are quasi inexistent. In the parks of Paris’ poshest neighborhoods, Teresita Roque, a 45-year-old Philipino activist, who was herself a former undocumented domestic worker, talks to these – often isolated – women to educate them about their legal rights.

Today, the situation is improving thanks to the tireless efforts of organizations and labor unions. Nevertheless this remains a hard problem to tackle. “They tell us they need money, that they are afraid of ending up on the street or being sent back to their countries,” says Teresita Roque.