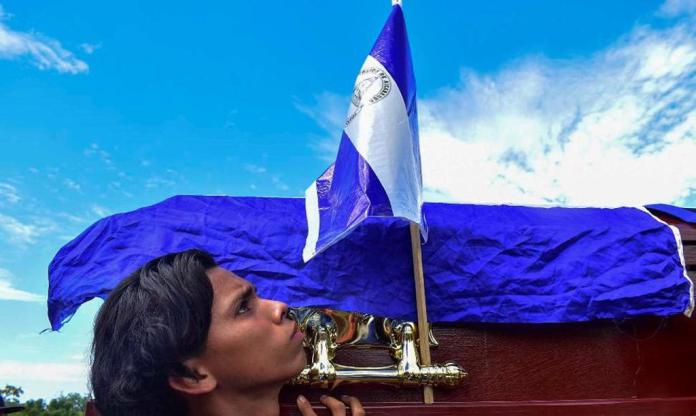 The number of people killed by violent protests against Daniel Ortega’s government rose to 135 this Friday, according to the Centro Nicaragüense de Derechos Humanos (CENIDH) – Nicaraguan Center for Human Rights.

The most recent victim was Shester Javier Chavarría, who was killed by two bullets on Thursday night while he was entrenched in the Universidad Nacional Autónoma de Nicaragua (UNAN) and a group of masked men shot him from a truck.

The final report promised by the Inter-American Commission on Human Rights (IACHR), which will be published in the coming weeks, will detail the different cases of deaths during the protests.

The IACHR visited Nicaragua from May 17 to 21 and presented a preliminary report in Managua when it had confirmed the death of 76 people and more than 800 injured. Since IACHR left Nicaragua, at least 59 more deaths have occurred, raising the death toll to 135 and more than a thousand injured.

“The perpetrators of the more than 130 deaths remain in impunity, because all the operators of justice in this country, such as the Prosecutor’s Office, have accused only by selection,” said the legal director of CENIDH, Gonzalo Carrión.

“Beyond that, we have not seen a firm conduct to establish a line of investigation and eventual accusation of police headquarters, of those who have shot and those who were ordered to shoot,” criticized Carrión.

- Advertisement -
Paying the bills
Previous articleWhy Are Gringos So Obsessed With Shit Paper?
Next articleOrtega Determined to Remain in Power To 2021