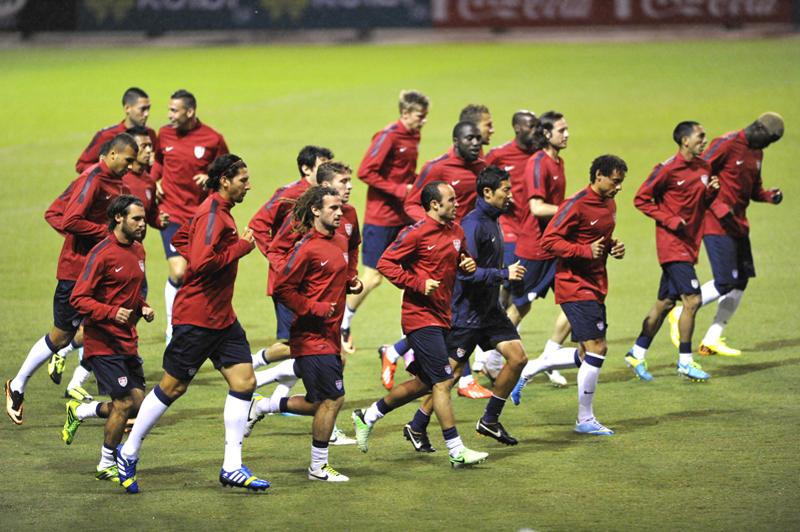 Finally, the waiting is almost over and fan sentiments were at a fever pitch this week as Team USA arrived amidst a flurry of taunts, events, quotes, and rhetoric just days before the long-awaited grudge match.

Most Costa Rican fans circled September 6th on their calendar as soon as the March blizzard game was over.  Costa Rica fans were pleased with the gutsy performance of “La Sele” under impossible conditions, and the game turned out to be a blessing in disguise as the All Stars rattled off a streak of points following that game, earning a 2nd place position in the elimination round to this point.

Local fans greeted Team US at the airport on Tuesday with signs, a picket line, and even “raw” scrambled eggs. Team USA had its revenge almost immediately, not only getting a police escort from the airport to the Marriott hotel, traffic police actually closed down the airport highway for 45 minutes — causing even more righteous anger among local fans and the poor slobs stuck in traffic while the bottleneck lingered.  One outraged legal eagle filed a Sala IV petition against such closure, alleging it interferes with Tico’s “constitutional right to transit freely about the country.” 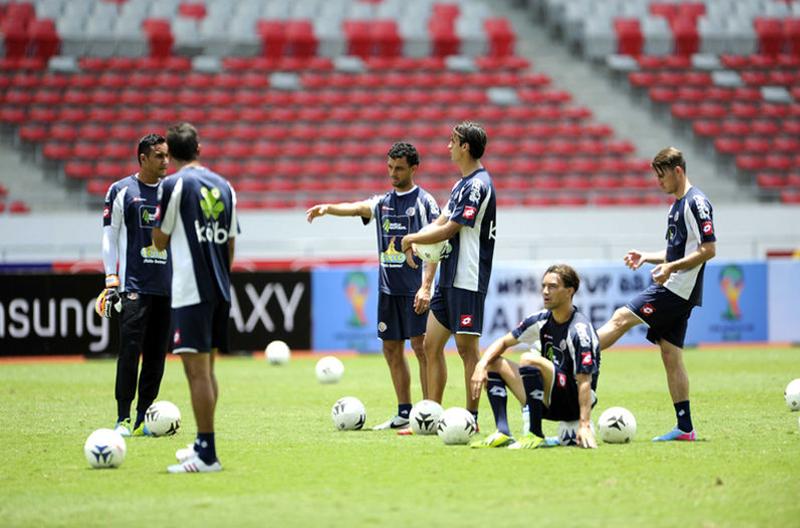 Team USA coach Jürgen Klinsmann seemed to practically enjoy the charged atmosphere, attending the press in high spirits, even recalling his last trip to Costa Rica 25 years ago as a young member of the Stuttgart squad that played Heredia and Saprissa in preseason friendly matches.

Klinsmann actually expressed sympathy for the Tico fans appalled at the field conditions in Colorado, telling the press that “I understand that the fans are upset about the snow in the last match, but I didn’t talk to God to ask for snow, it was just circumstantial. Costa Rica has a passionate fan base that gives a great deal of support to the team. Anyone who loses doesn’t like it, and in this case it was due to the snow. Unfortunately it was that time of year, if there hadn’t been any snow it would have been an intense match, and we would have played equally well too. The match on Friday will be a great bout, with two teams that want to go to the World Cup in Brazil and who will both look to win the match to take a step towards that goal.”

FIFA has declared the match a high risk game, so organizers have been making arrangements for extra security. In addition to closing the highway, they have assigned body guards to Team USA at the hotel and for any side trips the squad makes.  For today’s match, the Public Safety Ministry has arranged a mega-sized security operation with 500 police officers, not even including the K-9 units that will also be snooping around.  At least 20 officers will be mounted on horseback, and the operation will begin at 10am in the area surrounding the stadium.

The Costa Rican players were cautiously optimistic, appreciating the show of support from fans, which was to include a midnight serenade of Team USA at their hotel in the wee hours of Friday morning and the turning of their backs during the “Star Spangled Banner”.  Captain Bryan Ruiz stated that “The fans want revenge for everything that has happened, but I see it more as 3 points we have on the table at home, and we have help ourselves to those points. They will help us get to the World Cup, and that’s our objective. We are ready to come from behind if necessary, but we expect to control our attack and take advantage of our individual talents on offense.”

Game time is 8 pm tonight, and tickets are sold out — only available from scalpers at triple their face value during the week. But not to worry, most bars and restaurants will not only be showing the game, they will be offering specials, entertainment, and prizes before, during and after the match.