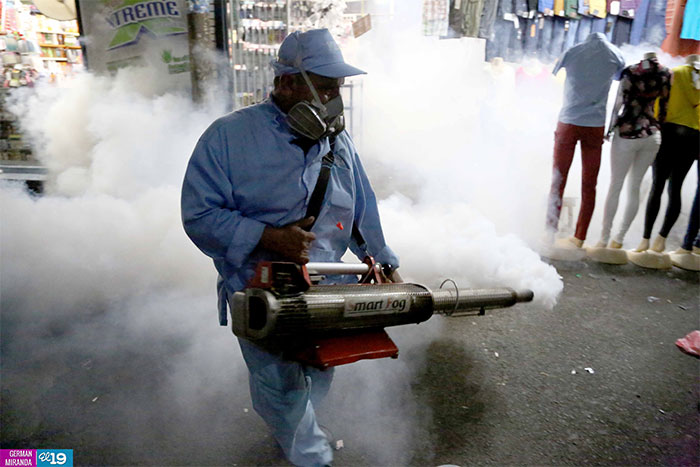 TODAY NICRAGUA NEWS — The number of Chikungunya virus cases in Nicaragua reached the 582, after other 46 persons were diagnosed with the disease, said Rosario Murillo, coordinator of the Communication and Citizenship Council.

In her regular television address, the coordinator said the 43 patients from the Managua department and other three from Masaya are in stable conditions.

Nicaraguan authorities continue to take action against Chikungunya virus with fumigation campaigns and by urging the population to support the fight against the mosquitoes.

Murillo said yesterday the situation might improve due to a change in weather conditions and a decline in rainfall over the next days.

The Chikungunya virus is a mosquito-borne disease which causes high fever, nausea, headaches, among other symptoms.

QCOSTARICA - Despite the improvement in tourist arrivals reported in May, with more than 72,000 visitors, both the Cámara Nacional de Turismo (Canatur) and...
Infrastructure

QCOSTARICA - Five major road works under the responsibility of the H. Solís company will continue in development despite investigations for alleged corruption involving...
Weather

Today, Friday, June 11, only EVENS can circulate. The measure is countrywide and applied between 5:00 am and 9:00 pm, save for those under the...
Expat Focus