40 Early Release Prisoners Back Behind Bars

The Minister of Justice (Ministra de Justicia y Gracia), Ana Lorena Garita, announced on Thursday that 40 of the “early release” prisoners were back behind bars. Minister Garita said it was in order to “review” their status. 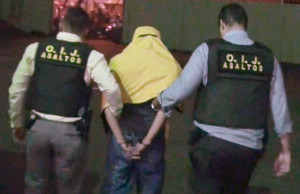 However, most will agree or assume that the “recall” had to do with the fact that the many of the released convicts were back to committing crimes. One of those was the murder of a Puntarenas merchant only days after the ordered release on October 28.

Many of the released were serving out sentences for violent crimes. The Justice ministry was forced, by order of Judge Roy Murillo, to release 370 prisoners from the San Sebastian jail due to over population that was as high as 80%. The judge issued the order in September, Justice having 30 days to comply.

The San Sebastian is a holding facility in San José, that is to say, the prisoners are either waiting to be charged, trial and/or sentencing. Ministra Garita, nor anyone in the government, is admitting to any error. Authorities say they followed established protocols in the selection of the prison release.

According to Garita, all the prisoners were recaptured peacefully as they arrived at the half-way houses they were ordered to at least one night.

QCOSTARICA - Despite the improvement in tourist arrivals reported in May, with more than 72,000 visitors, both the Cámara Nacional de Turismo (Canatur) and...
Peru

QCOSTARICA - This week there could be very good news for the country in the fight against the coronavirus pandemic if the College of...
Expat Focus