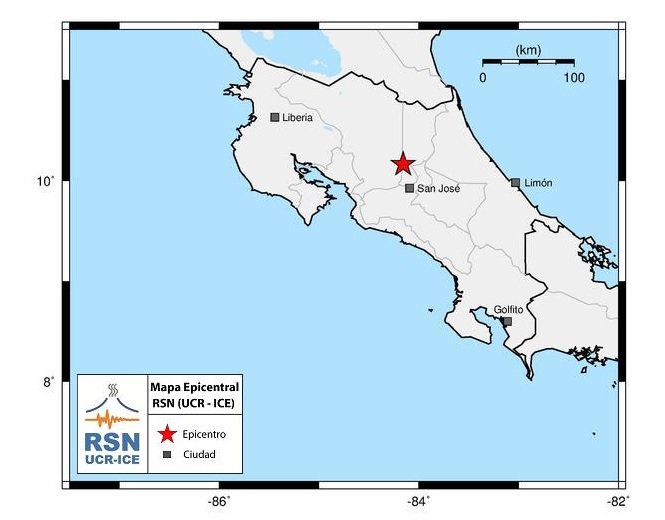 QCOSTARICA – An earthquake registering 5.0 on the Richter scale was recorded at 3:09am this (Tuesday) morning, 1 kilometer south of Varablanca, Heredia with a depth of 3.4 kilometers.

According to the National Seismological Network (Red Sismológica Nacional – RSN) the earthquake was felt with a strong intensity in the Central Valley, Grecia, Naranjo, San Ramon, Zarcero and Puriscal.

Minutes earlier, at 2:51am, a 3.4 earthquake also shook Varablanca. The tremor, at a depth of 5.4 kilometers, almost went unnoticed.

Replicas
The RSN reports five replicas, ranging in magnitudes between 2.6 and 3.4, were recorded. The latest happened at 4:29am, and according to reports was perceived by the population of Varablanca, Alajuela, Heredia, Naranjo, Grecia, Escazu and Santa Ana.

Marino Protti, OVSICORI seismologist, explained that this situation is normal since the earthquake of January 8, 2009 in Cinchona, the replicas linked to this event, because the “fault needs time to recover.”

No structural damage or injuries were reported in this morning’s quake. 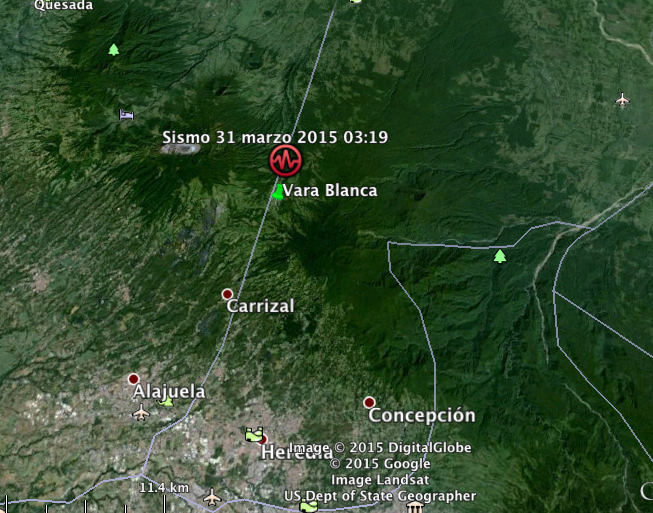