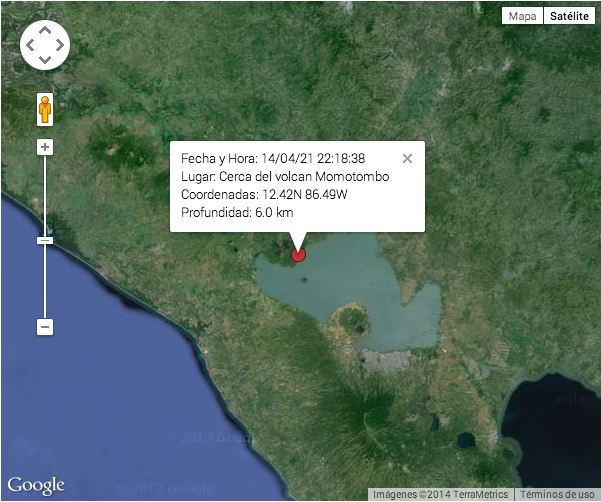 According to the official report by the INET, the epicentre as located 5 kilometres east of the Momotombo volcano and is related to the teconotic processes of the volcano and local faults of Nicargua’s volcanic chain.

Subsequentely, two replicas registering 3.1 and another at 2.1, were recorded.

Residents of several municipalities, such as Corinto, Boaco, Matagalpa and Siuna, reported that the tremors felt were quite strong.

There were no reports of injuries or damages.

- Advertisement -
Paying the bills
Previous articleCosta Rica Aims To Launch First Satellite Into Space In 2016
Next article35.000 To Participate In Vigil for Canonization of John Paul II