Immigration Director Kathya Rodriguez has filed a report that indicates that seven people were lured into this country to sell an organ for surgical transplant and then abandoned. The director said that his her department feels a responsibility to the immigrants to offer protection for these victims under new legislation. 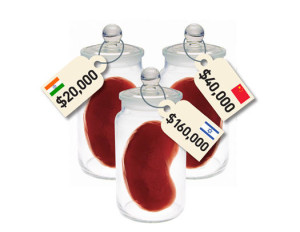 All these cases have been referred under the new Immigration Law of 2009. She said Immigration has given the victims medical, psychological and other attention. Among those attended are Costa Ricans.

“There are those who were fooled into giving up an organ in exchange for economic gain and thereafter abandoned,” she added. “Accredited victims receive special protection by the State and access to support services; moreover, if they are foreigners they get provisional documentation.”

Recent economic figures show that poverty in Central America is a stunning 50%. The Legislative Assembly is preparing a bill that will keep rings from preying on these desperate people in order to obtain organs, especially kidneys, for transplant surgery.

A Mexican newspaper recently charged that Costa Rica was a hotbed of illicit activity simply because, according to one local doctor, the country lacks sufficient legislative to prevent organ traffic.

Commentary: The fact that only seven have been reported so far is an indication that the traffic is not widespread but does exist and the lawmakers are right to pay attention. We cannot confirm Rodriguez’s figures but they do come from an authoritative source.

Although it would be easy for the press to sensationalize this story, La Nacion should be complimented on reporting just the facts. The new Immigration law, by giving aid to victims, shows the real core of this country’s people and their human sympathy.

QCOSTARICA - Osta Rica has been the epicenter of regional diplomacy in recent days. The successive visits of the Secretary of State of the...
Environment

QCOSTARICA - Costa Rica will have a system called "Interceptor" that will eliminate floating and suspended waste from the upper layer of its waters,...
Disasters