Retire Here, Not There: Costa Rica 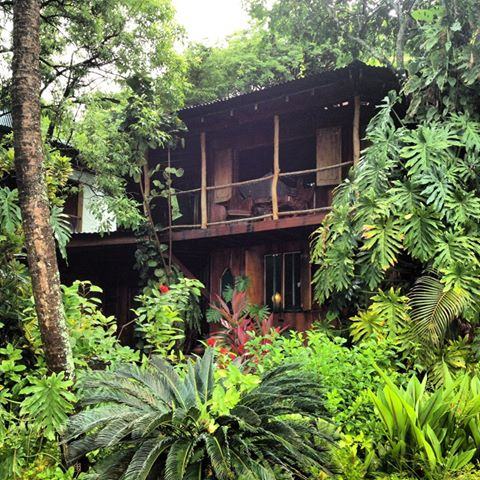 U.S. expats flock to one of Latin America’s safest places

By Catey Hill, MarketWatch.com – Not long after you arrive in Costa Rica, you’ll likely hear at least one Tico (that’s what Costa Ricans call themselves) calling out a greeting. “Pura Vida,” he’ll say, which means “life is good.”  Indeed, that’s likely to be true for many residents: Costa Rica frequently ranks at the top of lists on the happiest countries on earth (including in studies by researchers from Yale and Columbia universities and the New Economics Foundation, an independent think tank that focuses on economic change).

Among those expats were Gloria and Paul Yeatman, ages 56 and 66, respectively, who moved to Costa Rica 4½ years ago. The couple, who had been living in Baltimore, was hoping for somewhere warmer and less expensive where they still felt at home and safe.

They considered the southern U.S. and Mexico, but ultimately opted for Costa Rica in part because of the natural beauty, the decent and affordable health care and the “friendly people—both expats and Ticos,” says Gloria. They liked that the country has had a stable democracy for years, says Paul: “We just wouldn’t feel comfortable in a place where the government is unstable or there is a strong anti-American sentiment.”

Indeed, compared with most of its neighbors in Central America and the Caribbean, Costa Rica has been relatively drama-free for a long time. The country has been peaceful since 1949, when then-president Jose Figueres Ferrer abolished the army following an outbreak of military violence; his government and subsequent have redirected military funding toward the police force, education, environmental protection and cultural preservation.

To be sure, the U.S. Department of State notes that “the incidence of crime in Costa Rica is higher than in many parts of the United States.” But violent crime is relatively infrequent; Costa Rica’s homicide rates, for example are lower than anywhere else in Central America, according to the United Nations Office on Drugs and Crime, and considerably lower than those in Puerto Rico and the U.S. Virgin Islands.

For detailed information, including U.S. embassy locations, check out the Bureau of Consular Affairs country-specific information for people planing to travel or relocate to Costa Rica.

Today Costa Rica is one of the most popular countries for American retirees, hosting about 50,000 U.S. citizens.  (The total population is roughly 4.7 million.) “There are expats in nearly every town,” says Josh Linnes, the founder of Viva Tropical, a resource on retiring in Latin America—something that isn’t true in many other Latin American countries.

Many people are initially drawn to the area because of its natural beauty and wildlife. “You don’t come to Costa Rica for culture like a New York or Paris, you move to Costa Rica because the outdoors and nature is your museum,” says Dennis Easters, a real-estate broker who moved to the country in 2007 from Tampa. Costa Rica offers everything from Caribbean and Pacific beaches to lush rain forests to towering volcanoes. More than 10% of the country is protected national parkland, and it is one of the most biologically diverse countries in the world.

Costa Rica also offers generally drinkable tap water, high-speed Internet and good phone service in most places, and a taxi and bus system that makes it easy to get around even without a car.  Plus, the health care is high-quality and affordable, says Gloria Yeatman, who has had a number of procedures in the country. The Yeatmans pay about $55 per month for health insurance.

Americans who obtain residency status—which you can do by proving you have at least $1,000 in monthly income from Social Security, a pension or retirement fund—can enroll in Costa Rica’s public health-care system, where you pay a small monthly stipend based on your income and can get access to more than 30 hospitals and 250 clinics. International Living, a magazine and website devoted to living abroad, estimates that health care here is about a third to a fifth of its cost in the U.S. and that doctor’s rarely charge more than $60 per visit, even for house calls; private health insurance typically only costs about $60 to $130 per month.

While the cost of living in Costa Rica is generally more affordable than in the U.S., “it’s not as cheap as you might think,” says Erin Van Rheenen, author of Living Abroad in Costa Rica. “Health care and labor costs are a true bargain, but food is about the same, and cars are more expensive down here.”

The Yeatmans, who live in San Ramon in central Costa Rica, live on about $1,900 a month all included (they break down their living expenses here). But Linnes points out that other places that are more popular with tourists will likely be more expensive.

In some of the posh Pacific beach towns, you can expect to pay $4,000 a month or more to live in average accommodations near the water, and there are multimillion-dollar properties. While there are no taxes on foreign retirement income, gasoline in this country is expensive (often more than $5 per gallon) and though the country is small (about the size of Vermont and New Hampshire combined), it can take a long time to get around, as the roads aren’t the best, says Linnes: “As the crow flies, it’s all close together, but as a car drives is a whole other story.”

Still, it’s no accident that Costa Rica has become one of Latin America’s most popular retirement locales.