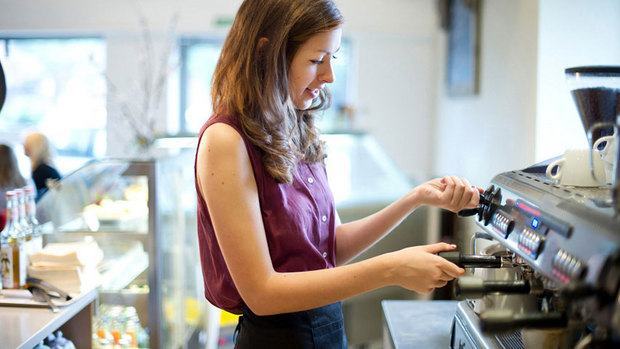 If you are in need of work in Costa Rica, you might feel encouraged by the various employment (job) fairs that offer thousands of available positions to job seekers in diverse industries.

Attending one of these fairs, which take place several times a year, will leave you feeling pretty upbeat about your work prospects, at least until you realize that after a few weeks not one potential employer has contacted you with a job opportunity.

At the same time, you might start to notice that the number of telemarketing calls, promotional text messages and spam email you receive has increased exponentially since you started going to these job fairs. And these unsolicited offers happen to be mysteriously customized to your particular consumer profile in Costa Rica. What is going on here?

The scenario above can be attributed to the unholy union of the marketing and job search industries in Costa Rica. This interesting business model takes advantage of the anguish of the unemployed for the purpose of harvesting data that can be sold to marketing intelligence firms, or else it allows companies to show off their products and services while they market themselves directly to prospective customers. This is not to say that no hiring takes place at these job fairs, but it is very disproportionate in comparison to marketing.

The Job Search Gold Mine

The popular blog El Chamuko has a couple of examples of the unemployment industry in Costa Rica:

Comments left by El Chamuko’s readers with regard to the two operations above indicate that no real hiring takes place in either situation.

The Employment Climate in Costa Rica

After years of prosperity and steady growth, the economy in Costa Rica is showing definite signs of cooling off. The national unemployment rate is back up to 10 percent, which is a figure that Costa Rica has lived comfortably with in the past. In the 21st century, however, changing socioeconomic conditions in this country are pushing workers to deal with the dynamics of the job marketplace. This means that, in the past, unemployed Ticos enjoyed a certain safety net in case their job search was unsuccessful.

The safety net elements of yore included close familial relations, a minimal consumer credit and debt culture, a manageable rate of inflation, constant availability of reasonably compensated agricultural jobs, a strong U.S. dollar, and others. These days, however, the U.S. dollar fails to impress, agricultural jobs have been taken by Nicaraguan workers willing to work for sharply reduced pay, inflation is outpacing earnings, and the consumer and debt culture in Costa Rica is becoming similar to that of the U.S.

In other words, Ticos are starting to live from paycheck to paycheck. This leads to a hunger for more and better jobs, which were very much available from the late 20th century until recently. These jobs were created by the Free Trade Agreement, the gaming and sportsbook industry, outsourcing, and the generally upbeat global economy. The job market in Costa Rica, however, is becoming saturated due to supply and demand mechanisms.

A recent survey of workers in Costa Rica, conducted by the Ministry of Planning and the United Nations, shows that only 15 percent of Ticos think that their salaries and working conditions are adequate. The survey also points out hidden patterns of discrimination, whereby employers shun young applicants as well as those who are older than 40 years of age. The following applicants will have an even harder time finding a job in Costa Rica:

In general, the workforce in Costa Rica is well-educated and skilled. Employers know this and are willing to exploit it by driving up competition and keeping wages stagnant; hence the proliferation of private universities in Costa Rica in recent years. Many Tico professionals are willing to invest in getting an additional university degree just so that they can have a job in the future, especially at a time when bilingual call center workers no longer cut it: Trilingual is the way to go -but don’t expect to be paid more for your polyglot ways; just be thankful you are employable.

The business climate in Costa Rica is clearly conducive to the lucrative job search industry, and thus we should expect growth to continue in this thriving sector.

There are many legal ways to make money in...
Politics