A City Where The Living is Slow: No Junk Food, No Cars! 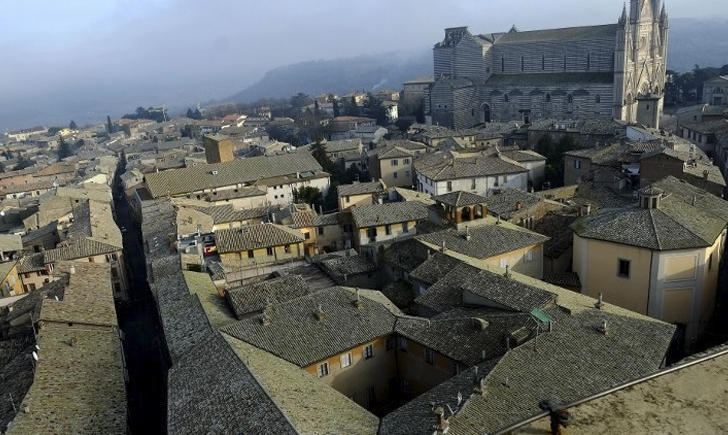 In Orvieto, Central Italy, as city living booms around the world, the Cittaslow (Slow City) movement directed by an intrepid Italian is gaining a global following with a back to basics campaign to make small towns the new place to be.

From his hometown of Orvieto – a hilltop medieval gem surrounded by castles and vineyards in central Umbria – Pier Giorgio Oliveti has helped expand Cittaslow to 28 countries including South Korea, Turkey and the United States.

[quote]Cittaslow is a movement founded in Italy in October 1999. The inspiration of Cittaslow was the Slow Food organization. Cittaslow’s goals include improving the quality of life in towns by slowing down its overall pace, especially in a city’s use of spaces and the flow of life and traffic through them. Cittaslow is part of a cultural trend known as the Slow movement.[/quote]

“Cittaslow is about appreciating what we are and what we have, without being self-destructive and depleting values, money and resources,” Oliveti told AFP.

“It is an antidote against negative globalisation,” the bushy-bearded former journalist said.

Founded in 1999 by a Tuscan mayor eager to extend the healthy living philosophy of Italy’s Slow Food movement to urban life, Cittaslow currently boasts 183 members, with another dozen applications for membership pending.

The movement’s symbol – derived from that of the Slow Food movement – embodies their philosophy: a snail carrying a town built on its shell.

There are 50 goals and principles that each Cittaslow town commits to work to achieve. Although there will always be place for improvement these goals serve as tangible benchmarks to improve the quality of life in the city.  The main aims of the movement are:

Could Costa Rica be next? Would-be candidates must have fewer than 50 000 inhabitants and city halls have to respect strict criteria like promoting organic and urban farming and introducing food appreciation classes in schools. Certainly there are many small towns throughout the country that could take on the challenge?[/quote]

Orvieto, one of the first towns to sign up 15 years ago, has become the movement’s international headquarters and its showcase town.

Small family-run trattorias dish out locally-sourced wine and delicacies – another requirement for Cittaslow towns – and farmers hawk their wares at the market, which also serves as the community’s lively social hub.

The town hosts a family-friendly jazz festival and locals such as fireman Luciano Sabottini pride themselves on offering such a relaxing atmosphere to tourists that “those who come from Rome or Milan leave again mellowed out.”